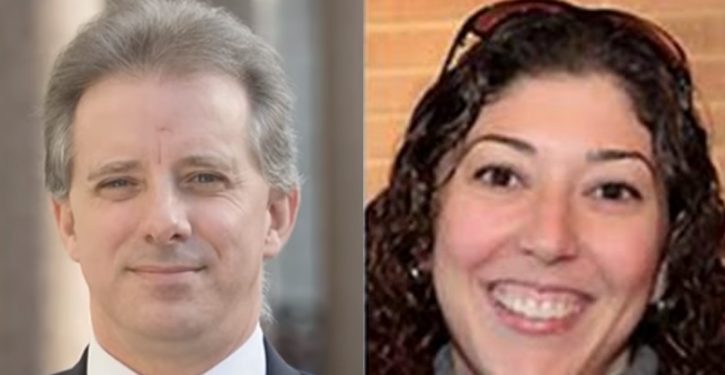 Several prominent critics of the infamous Steele dossier saw their suspicions further verified Thursday with the arrest of Russia-born Igor Danchenko and the public release of his indictment, which detailed a series of lies and fabrications in the course of constructing the document.

Danchenko, the primary researcher for the dossier, was charged with five counts of making false statements to the FBI. Danchenko was responsible for compiling information on former President Donald Trump’s alleged collusion with the Russian government in 2016. He was employed by Steele’s firm, Orbis Business International, and was investigated during the Obama administration as part of a probe into suspected Russian intelligence officers operating in Washington, D.C. (RELATED: DURHAM ARRESTS STEELE’S TOP SOURCE)

Among his false statements, Danchenko told the FBI that he had no contact with a “long-time participant in Democratic Party politics,” and separately, gave false statements about a phone call and potential meeting with a U.S. citizen having knowledge about “conspiracy of cooperation” between the Trump campaign and Russian officials, according to the indictment.

For those wary of the Steele dossier from its very beginning, the Danchenko revelation is another point in favor for how the legitimacy of the document was tainted with Russian disinformation.

The “report that asserts that Russian president Vladimir Putin has been ‘cultivating assisting and supporting Trump’ for years and that the Russians have compromising information (kompromat) on him is, I believe, a deliberate Russian provocation,” Satter wrote in 2017. He further claimed that Steele’s sources “employed the standard techniques of Russian propaganda and manipulation,” and that “Steele was being used by the Russians.”

Satter told the Daily Caller, “there should not have been any doubt right from the beginning” that Russia was involved. What the Danchenko case shows, Satter said, is that the primary source of the allegations were “shadowy Soviet contacts, who are the perfect vehicle for conveying disinformation.”

“When Danchenko said … that he got this information from drinking buddies, this too is absolutely typical of Russian intelligence mode of operation,” Satter continued.

“The results of the Durham investigation … when it’s done [coming out] we’ll see a picture of … the Hillary Clinton campaign hungry for discrediting information, indifferent to the truth, and therefore ready to be played by the Russians for their own purposes,” Satter concluded. This is “possibly the most successful Russian active measure undertaken in the post-war period,” and done to create division in America in general, not targeting any particular political party.

“The Steele dossier should be treated with caution. The Kremlin has long run complex spy stories together—creating ‘faction’ by mixing bona fide information with disinformation—to confuse Western intelligence, and they may very well have done it again here,” Schindler wrote in 2017.
In a statement to the Daily Caller, Schindler said, “I have been vindicated. I think Danchenko’s arrest will cast doubt on the Steele Dossier altogether, no matter how that legal case turns out.”

Schindler also said that Danchenko, while working for the liberal Brookings Institute, was accused of working for the Federal Security Service (FSB), a Russian intelligence body, by a fellow employee. “If Danchenko was a Russian agent — which the FBI investigated him for previously — then the Kremlin was running this show,” Schindler told the Daily Caller.

Daniel Hoffman, former Clandestine Services officer in the CIA, also assessed in 2018 that “the dossier was part of a Russian espionage disinformation plot,” where the Russians “sprinkle[d] false information” “among true statements” to “enhance the veracity of the overall report.”

Hoffman noted in 2018 that although Steele did not travel to Russia, his intermediaries could have still been infiltrated by the FSB. He also said that Steele, being a former British spy who served in Moscow, would’ve had the FSB surveilling him, and that the Russians would’ve known that the Clinton campaign “was collecting information on Mr. Trump’s dealings in Russia,” as Russia hacked into the Democratic National Committee and likely saw the emails.

“When I wrote my piece in 2018, I said all the things about how hard it is to collect information in Russia, and that’s what the Danchenko story tells us. Steele was relying on this guy who wasn’t trained to do this sort of thing … We should have been extremely skeptical that this was a Russian effort to pump disinformation into our political process,” Hoffman told the Daily Caller.

“The collection … the way they went about doing it was very vulnerable to discovery and exploitation by the FSB,” Hoffman said. “This is designed to get at more of what’s out there beyond Danchenko … there’s Steele and lot’s of unanswered questions as to how this began and why.”

At Climate Conference Biden ‘Pledged Allegiance To The Flag Of The United Nations’ Not The U.S., Senator Says
Next Post
Republicans increase Virginia Jewish vote after Democrats coddle antisemites