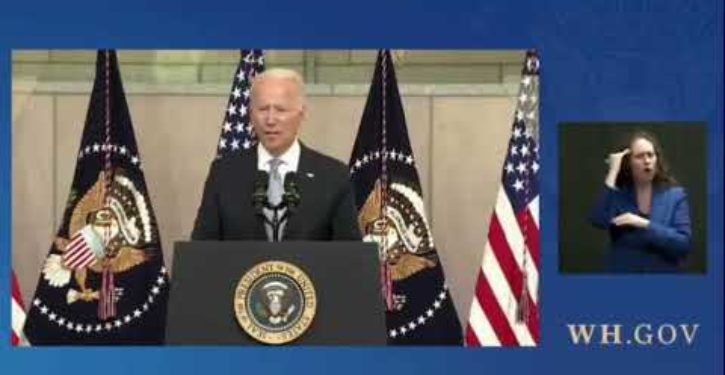 Jim Eagle was spotted soaring over Philadelphia yesterday. Should the name be unfamiliar, Jim Eagle is a fictitious creature invented in March by Joe Biden, to emphasize how malevolent Republican-controlled state legislatures are. They are so “un-American,” so “sick,” so “pernicious,” he added, that they “make Jim Crow look like Jim Eagle.”

What prompted Biden, who was himself in the City of Brotherly Love, to invoke the name of Jim Eagle was the same topic: the evilness of  GOP state legislatures in wanting to pass laws that would “suppress voter participation” in future elections. And how would the proposed laws do that? By including voter ID requirements and banning ballot harvesting. To underscore how utterly morally bankrupt and unprecedented such measures are, Biden “went there,” calling the enactment of such legislation the greatest threat to American democracy since the Civil War. Lest anyone think he was hyperbolizing, he assured his audience “this is not hyperbole” and repeated the claim. Watch:

“Biden’s speech,” Katie Pavlich writes, “was meant to pressure Senate Democrats to eliminate the filibuster in order to federalize local elections and solidify permanent power for the left. Senators Joe Manchin and Kyrsten Sinema have maintained they will not vote to remove it as a legislative tool, which is used by Republicans and Democrats.”

Ending the filibuster is a necessary step in the Democrats’ grand plan to dominate America’s federal government now and forever. With the handwriting on the wall suggesting that the Democrats will lose control of the House and possibly the Senate in 2022, the plan is rapidly becoming do or die. Maybe having Biden come out and make a public spectacle of himself with ridiculous comparisons is not what the party —  or the country — needs most.

Without Trump to write about, Atlantic having a hard time
Next Post
Cartoon of the Day: Let freedom reign 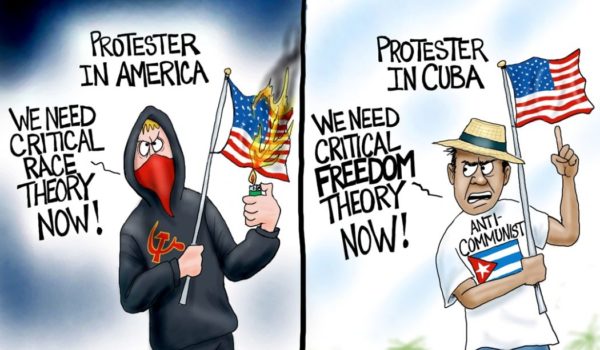