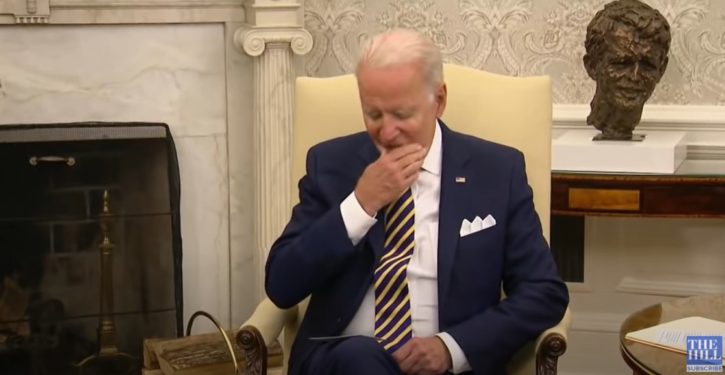 There’s phoning it in, and then there’s Joe Biden. On Monday he met in the Oval Office with outgoing Israeli Pres. Reuven Rivlin. So what did the two of them talk about? Search Biden! In the video clip from the meeting that follows, Biden is unable to deliver his pro forma greeting without consulting (make that reading directly from) a crib sheet on his lap. (RELATED: Biden’s latest senior moment is further complicated by apparent vision problems)

One especially troubling moment occurs at 1:13 when Biden broaches the subject of the airstrikes the U.S. had carried out on Syria and Iran in the early morning hours. A word-for-word transcription follows, but readers are urged to check out the clip itself to get some sense of how grave this situation has become.

And — and — you know, I directed last night’s air strikes targeting — um — sites used by Iranian-backed militia groups responsible for recent attacks on the U.S. personnel in Iraq. … I also want to be clear, as I said, my team and I are working closely with the Israeli government that took office earlier this month.

Notice that even with notes in front of him, he can’t get the simple facts straight as to whom the strike targeted and why is was carried out.

The nation at this juncture is without a president. Biden’s administration may be going through the motions — Pentagon spokesman John Kirby said in a statement that the strike was carried out “at President Biden’s direction” — but it’s only a matter of time before the elite media loses its appetite for pretending the country wasn’t cajoled into making a grievous  and potentially life-threatening mistake on Election Night in 2020. 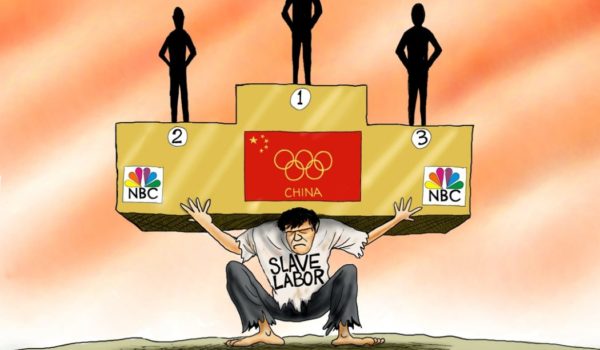 Cartoon of the Day: Powerlifter
Next Post
Survey: America ranks last in public trust for its news media