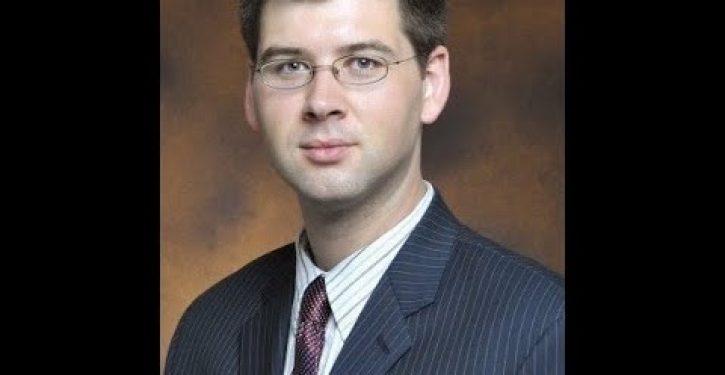 Former FBI lawyer Kevin Clinesmith was sentenced to probation on Friday for altering an email about former Trump aide Carter Page’s relationship with the CIA.

District Court Judge James Boasberg ordered Clinesmith to receive 12 months of probation and perform 400 hours of community service, a sentence far more lenient than the three to six months in prison sought by John Durham, the U.S. Attorney for Connecticut.

Clinesmith, who was an assistant general counsel in the FBI’s cyber law branch, pleaded guilty on Aug. 19, 2020 to altering a June 2017 email he received from a CIA employee regarding Page.

The CIA employee wrote that Page had been “a source” for the spy agency through 2013. Clinesmith forwarded the email to FBI colleagues but altered the document to say that Page was “not a source.” (RELATED: Carter Page Wants a Say at Kevin Clinesmith’s Hearing)

He later joined the special counsel’s team, but was removed after the Justice Department inspector general found that he sent text messages criticizing President Trump following the 2016 election.

Boasberg said that Clinesmith’s actions “undermined the integrity of the FISA process,” but that he believed that Clinesmith was remorseful and did not alter the email to harm Page.

Boasberg said that the Foreign Intelligence Surveillance Act court’s “reputation has suffered from this incident.”

The IG blasted the FBI for providing misleading information to the FISA Court in order to obtain warrants on Page, a former Navy officer who joined the Trump campaign in March 2016.

The Crossfire Hurricane team relied heavily on unverified and since-debunked allegations from Christopher Steele, a former British spy who investigated the Trump campaign on behalf of the Clinton campaign and DNC.

Prosecutors asserted that Clinesmith had not taken full responsibility for his actions. They noted that he has claimed that he believed the alteration to be accurate at the time.

Anthony Scarpelli, an assistant U.S. attorney, said during the hearing that Clinesmith’s lies about Carter Page were “more egregious” than those told by George Papadopoulos, a former Trump campaign aide who pleaded guilty in October 2017 to making false statements to the FBI.

Speaking at Clinesmith’s hearing, Page said that the “manufactured scandal and associated lies caused me to adopt the lifestyle of an international fugitive for years.”

“I often have felt as if I had been left with no life at all. Each member of my family was severely impacted.”

Page has sued the Justice Department, FBI, Clinesmith and other current and former FBI employees over the inaccurate FISA applications.

Biden, asked if he might be required to break down COVID bill: ‘No one requires me to do anything’
Next Post
Cuomo lied, seniors died