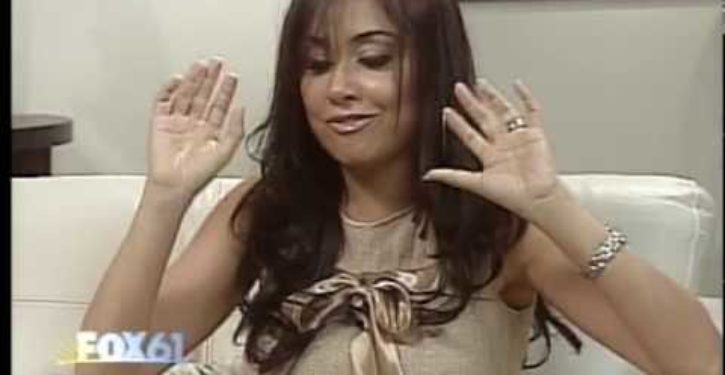 Gujral, a registered Democrat, said the stories of a homeless veteran, an illegal alien, a dead six-year-old girl, and the mother of a law enforcement officer killed by an illegal alien — all featured in her film, “America’s Forgotten” — are representative of those impacted by illegal immigration. In her investigation into their stories, she “discovered the truth behind immigration fraud,” she said.

“I set out to make a film that was going to be very pro-illegal immigration, pro-caravans, pro-migrants, that’s where I started. The film ended up completely different, and I think it was because I stuck with the investigation.”

“I was at a crossroads. Do I tell the truth and go ahead and make the film or do I walk away from the film because it doesn’t agree with me or my industry? I decided to stay truthful to my craft of filmmaking and tell the story as I saw it without bias or preconceived notions.”

Gujral said the turning point for her was when she went to India to search for the grandfather of a girl named Gurupreet Kaur, who died in the Arizona desert while trying to illegally immigrate to the U.S.

Gujral went to the same home and sat in the same marble-floored room where a CNN reporter previously conducted an interview with Gurupreet’s grandfather. She saw no signs of violence or poverty or persecution in the neighborhood.

Gurupreet’s father lived in New York while his asylum case was pending, according to CNN. His lawyer said he was “from a religious minority and he was fleeing persecution,” and a lawyer for her mother said she was also seeking asylum, CNN reported.

Gujral told the DCNF that CNN did not ask about poverty, persecution or violence in the neighborhood “because none of them exist there. Why would a reporter whose job is to report the truth go there and not even question it?”

The CNN report did not provide details regarding the claim that Gurupreet’s father faced religious persecution.

“There’s something more here than meets the eye and what I’m reading in mainstream media, and I just need to follow up with the story more and find the truth for myself.”

Gujral said that when Rep. Rashida Tlaib, a Michigan Democrat, blamed the Trump administration for separating families at the border, she felt compassion for them. Now, she wonders why “that mother who brought her child through this harrowing experience who really didn’t need to leave where she was because there was no poverty, persecution or violence, should not be held accountable for putting her child through this?”

An illegal alien from Mexico, Maria Garcia, came to the U.S. to study, she said in the film. Garciasaid that she and other women and children were raped and abused by cartel members acting as coyotes, people who smuggle immigrants across the border.

Maria said the cartel promoted a warped version of America where everyone was successful and rich. She said the cartels sold her multiple times until a K-9 at the border was alerted to the car. Border patrol agents found her and another woman in the trunk, she said in the film.

Once she got to the U.S., she said she worked a job for $1.50 an hour, though it would pay an American worker just over $6 an hour. She said she sent her wages back to her family.

“On either side of the fence, illegal immigration is a bad idea, period.” She said no one wins except for the “coyotes, the corporations and maybe the politicians.”

Gujral said that Americans need to do more to educate themselves on the issues.

“Americans need facts,” she told the DCNF. She added that making “America’s Forgotten” helped her decide who to vote for in the upcoming presidential election.

“A few months ago I would have absolutely voted for Biden … and I’m actually going to vote for Trump, which I never thought I would be saying, and it’s because of what I found in the movie.”

Gujral faced criticism from her family, friends, and the film industry for the documentary, she told the DCNF.

“I put my career on the line for this picture, and that’s OK.” She said the film crew voluntarily withheld any credits due to possible political backlash.

Gujral will produce a new series called “America First” as a result of “America’s Forgotten.”