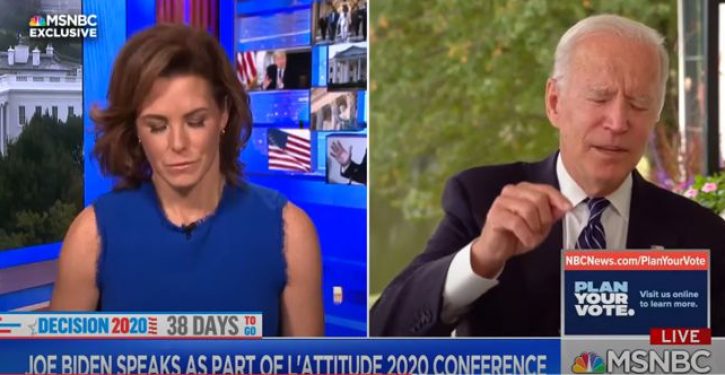 Biden was responding to a question from host Stephanie Ruhle about Trump’s allegations that he is a socialist.

“One of the things he says over and over is that you will push a socialist agenda,” Ruhle said.

She defended Biden against the allegation that he is a socialist and asked Biden how he planned to combat Trump’s remarks. (RELATED: Beto: Trump’s Rhetoric On Immigration Similar To The Third Reich)

“You’ve said it very clearly, you are not a socialist. And you actually have a record to prove that you’re not. But what the president does, he says you are, he says it twice as often and twice as loud,” she said. “How do you combat that lie when he keeps pushing it, and some voters start to believe it?”

Ruhle did not push back against Biden’s comparison of Trump to the infamous Nazi party official.

Numerous MSNBC hosts and guests have compared Trump to Nazis and Adolf Hitler over the years.

Joe Scarborough, the host of a morning show on MSNBC, made several Nazi references regarding Trump last year. Donny Deutsch, an MSNBC contributor, drew a comparison between Trump and Hitler on the network on Wednesday.

“And what is the difference between Adolf Hitler and Donald Trump? I’m not saying there’s a Holocaust, but when you look at the tactics,” he said on Scarborough’s show, “Morning Joe.” 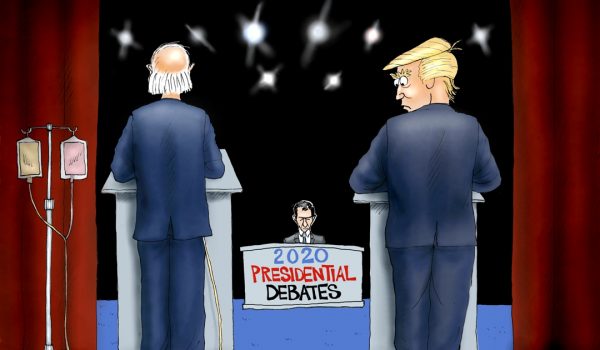 Cartoon of the Day: Stimulating debate
Next Post
Biden refuses to be checked for earpieces during debates, wants two breaks