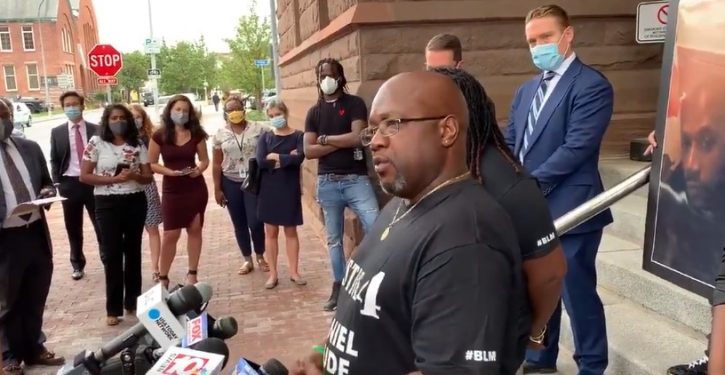 Say his name: Daniel Prude. Residents of Rochester, N.Y. have been saying his name since March 30, when he died of injuries sustained a week earlier during efforts by police to restrain him. Yesterday, police body cam video of the struggle was released, and last night residents repeated his name by clashing with police, leading to nine arrests.

According to Syracuse.com, the fatal incident began when Prude’s brother, Joe, called police to report that his sibling, who was visiting from Chicago and suffers from mental issues, was running through the streets naked, screaming. As the video below shows, when police arrived, they asked Prude multiple times to get on the ground. One officer had a Taser trained on him. Prude finally complied with the request as well as another — to put his hands behind his back.

Once Prude was handcuffed, things went sideways. One officer attempted to place a “spit sock” — a hood designed to keep a suspect from spitting or biting — over Prude’s head. Prude began rolling around on the ground screaming. At one point he attempted to rise to his feet, and three officers restrained him, holding him to the ground. Three minutes and 10 seconds from the time of restraint, one officer reports “he started throwing up, now it looks like he doesn’t even have chest compressions.”

Medics were summoned to the scene and performed CPR on Prude before he was loaded into an ambulance. Seven days later he he died. According to the Monroe County Medical Examiner’s Office, the cause of death included “complications of asphyxia in the setting of physical restraint.” The highlighted word in the previous sentence may carry weight as the investigation moves forward.

“I placed a phone call for my brother to get help. Not for my brother to get lynched,” Joe Prude told reporters at a news conference. “How did you see him and not directly say, ‘The man is defenseless, buck naked on the ground. He’s cuffed up already. Come on.’ How many more brothers gotta die for society to understand that this needs to stop?” 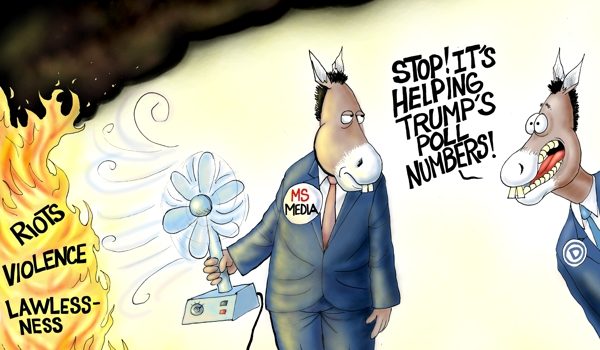 Cartoon of the Day: Blowing it bigly
Next Post
Joe Biden asks ‘Do I look like a radical socialist?’ – Bernie and Barack say ‘yes’