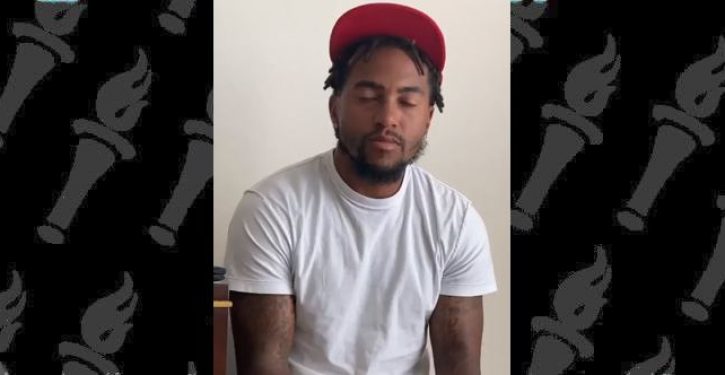 When Philadelphia Eagles wide receive Phila. Eagles’ DeSean Jackson shared on social media a scurrilous, anti-Semitic slur that he thought had been penned by Adolf Hitler, he didn’t mean any insult to the Jewish people. He just “didn’t realize what this passage was saying,” he later explained. A the time he posted it, he thought the sentiment “the jews [sic] will extort America [sic] Their plan for world domination wont [sic] work if the negros [sic] knew who they were” was a positive affirmation. His “intention” in sharing it, he clarified in an apology posted yesterday, “was to uplift, unite and encourage our culture with positivity and light.”

I don’t know about you but, maybe because I’m Jewish, I’m not sensing the positivity and light.

In a second video mea culpa published on Instagram, Jackson explained that he posts “a lot of things that are sent to him.” Apparently, it never dawned on him to vet the “things” he receives before blindly repeating them on social media.

In the post, he gives the assurance that “anyone who feels I have hate towards the Jewish community took my post the wrong way. I have no hatred in my heart toward no one!! Equality. Equality.” He should get to be friends with Nancy Pelosi, who also harbors no hatred toward the president or anyone else.

As for Jackson’s original post, the NFL reports this morning that the Philadelphia Eagles have spoken with him about the “offensive, harmful, and absolutely appalling” statements he made, adding that the team is “continuing to evaluate the circumstances.”

‘All black lives matter’: Don Lemon spars with Terry Crews on inner-city violence
Next Post
Omar faces ethics outcry over cash to hubby after decrying profiteers under our ‘system of oppression’