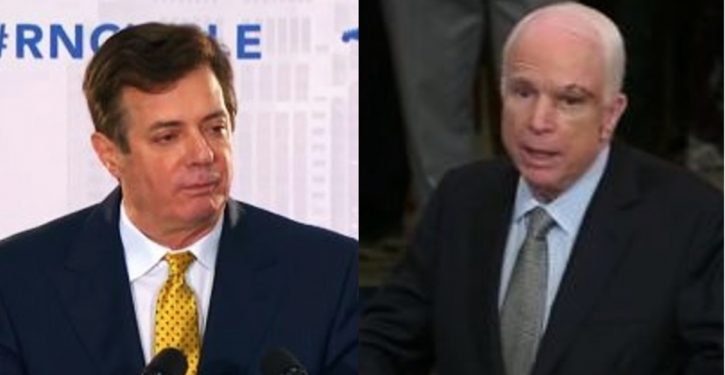 Republican Arizona Sen. John McCain was known throughout his political career as a staunch Russia hawk, opposing Russian President Vladimir Putin’s aggression in Eastern Europe and serving as one of the conduits to the FBI for the infamous dossier that alleged a conspiracy between the Trump campaign and Kremlin in 2016.

But testimony from a key witness in the special counsel’s probe suggests that McCain might have received Russian help of his own during his 2008 presidential campaign.

Rick Gates, who served as deputy chairman of the Trump campaign, told the special counsel’s team in August 2018 that his former boss, Paul Manafort, might have contributed to a pro-McCain dark money group from a shell company he controlled that was funded by a Russian oligarch with close ties to Putin.

“Gates stated he heard that a Paul Manafort controlled Cypriot account, LOAV, contributed money to the 501c(4), and the funds in the LOAV account were from Oleg Deripaska, a Russian oligarch,” read the FBI notes of Gates’s Feb. 28, 2018, interview.

The FBI released the summary and other interview documents from the special counsel’s probe as part of a lawsuit filed by BuzzFeed and CNN.

The notes do not show if Gates said whether McCain was aware of the source of the funds, or whether Deripaska knew that Manafort provided it to the group supporting McCain’s failed presidential campaign. Gates also did not say how much money Manafort sent to Americans for Patriotism. (RELATED: John McCain Is Not Happy With His Republican Colleague’s FBI Letter)

There is little public information about Americans for Patriotism. It is mentioned in a 2019 study from the liberal Center for American Progress regarding dark money groups’ political influence.

Deripaska, a close ally of Putin, sued Manafort in 2014 for misappropriating funds from a joint partnership they formed to conduct business in Ukraine.

The consulting work was intended to push those nations closer to the Russian government, according to the AP.

McCain’s links to Deripaska have come under scrutiny in the past. Rick Davis, a Manafort business partner and McCain campaign manager, reportedly introduced Deripaska to McCain in 2007. Months later, according to The Atlantic, Manafort and Davis took McCain to Deripaska’s yacht for his 70th birthday celebration.

In September 2017, McCain bristled at a letter from his fellow Republican, Sen. Chuck Grassley, who asked the FBI whether the McCain campaign was ever provided a defensive briefing regarding Deripaska and other Russians.

“Facts are stubborn things, and the fact is no member of Congress has done more to push back on Russian aggression, human rights abuses, and corruption than Senator John McCain,” a McCain spokeswoman said in response to Grassley’s letter.

She added: “Any suggestion to the contrary is clearly intended to distract from the serious ongoing investigations into Russia’s interference in our election system.”

After revelations regarding Manafort’s case in 2017, McCain called the disclosures “serious stuff,” and said that “other shoes will drop.”

Gates, who began working for Manafort in 2006, cooperated extensively with the special counsel’s investigation as part of a plea deal to avoid charges related to his work with Manafort. He provided intricate financial and strategic details of Manafort’s consulting work. His statements regarding the funding for the McCain campaign have not been previously publicized, and did not come up at Manafort’s trial.

Manafort was convicted on Aug. 21, 2018, on money laundering and tax evasion charges related to consulting work he did with Gates in Ukraine. He is serving out his 90-month prison sentence in home confinement.

He could not be reached for comment for this story.

Gates was sentenced to 45 days in jail and three years probation in December 2019.

Deripaska hired Davis Manafort Partners, the firm co-founded by Davis and Manafort, in 2005 to help secure business in Eastern Europe. Deripaska introduced Manafort in 2005 to Ukrainian oligarch Rinat Akhmetov, according to the special counsel’s report.

Akhmetov hired DMP as a consultant for the Party of Regions, a Ukrainian political party viewed as supportive of Russia. DMP would go on to help Party of Regions candidate Viktor Yanukovych win the presidency in 2010.

The special counsel’s report does not cite Gates’s statements about the McCain campaign, but it does include a section regarding Manafort and Davis’s relationship with Deripaska.

It says that Deripaska became the sole investor in 2007 in an investment fund that Manafort and Davis founded called Pericles Emerging Market Partners, L.P.

The report cites a memo from DMP to Deripaska on June 23, 2005, in which Manafort described his work for Deripaska in former Soviet republics. The memo also suggested providing briefings for the Kremlin touting the benefits of his work for the “Putin government.”

Gates also discussed a company that Manafort formed with Davis that provided web services to the McCain campaign.

Gates said that LOAV “fronted” the money for that firm, 3EDC. He said that he did not know if the money that LOAV provided to 3EDC originated from Deripaska.

3EDC, which managed the McCain campaign’s website, billed the campaign more than $1 million through 2007, The New York Times previously reported. 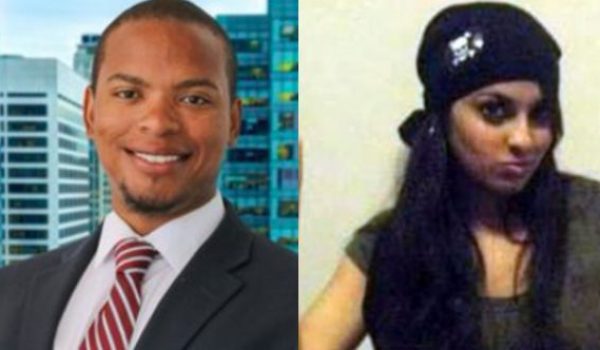