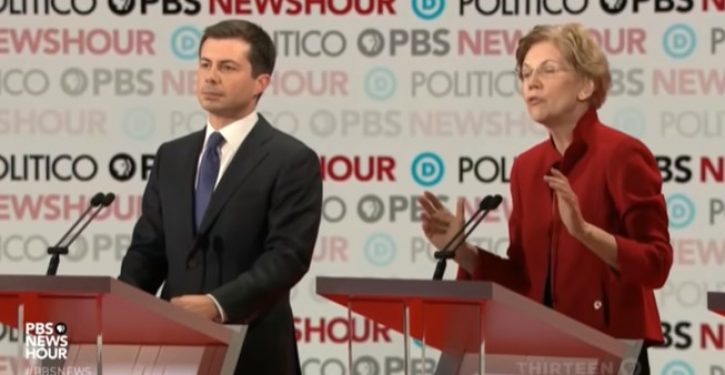 And here I thought the Left despised purity. After all, it’s a barometer used by the Ku Klux Klan (aka, real white supremacists) to determine who is and isn’t worthy of membership and, hence, salvation.

Yet, at Thursday night’s Democratic debate (yes, there was debate on Thursday!), presidential wannabes Elizabeth Warren and Mayor Pete Buttigieg went at it tooth and nail over which of them is more “pure.” The benchmark, set by Warren, was who is purest in his contempt for rich Americans — the bastards. It’s hard to know what was running through the mind of billionaire Tom Steyer, who was standing a few feet away from the pair as they conducted their pissing contest.

Warren started it all when she tore into Buttigieg for recently taking part in a fundraiser held “in a wine cave” where $900 bottles of wine were served. “Think about who comes to that,” Warren challenged the both her opponent and the audience, adding, “we made the decision many years ago that rich people in smoke-filled rooms would not pick the president of the United States.”

It isn’t clear who we refers to in the previous sentence, but before Warren had finished her critique, Buttigieg had his hand up, indicating he had an answer. “According to Forbes magazine,” he began, “I’m literally the only person on this stage who’s not a millionaire or a billionaire.” At this point, the show’s director was downright derelict in not training a camera on Steyer, but I digress. The mayor continued, “This is the problem with issuing purity tests you cannot yourself pass. Senator,” he added, addressing Warren, “your net worth is a hundred times mine.”

It’s obvious who won the debate. For all her talk of a “wealth tax,” whatever that is,  Warren’s net worth is estimated by Forbes to be $12 million. The magazine estimates Buttigieg’s net worth, by contrast, at about $100,000. Warren, moreover, has been duplicitous about how well off she is. She was recently caught lying about where her son went to school, claiming he attended a public when in fact enrolled in an elite, and expensive, private school.

But the exchange, which you can watch below, reveals something far more noxious than Warren’s hypocrisy. That is the danger of injecting identity politics and class warfare into our elections on any dimension. 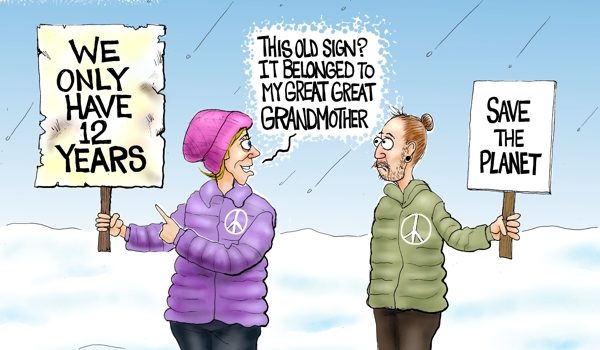 Cartoon of the Day: Here’s your sign
Next Post
The 2020 election: Most consequential ever? Most contentious ever?