Attorney General William Barr provided new details Wednesday of U.S. Attorney John Durham’s investigation of the origins of the Trump-Russia probe and said in an interview on Fox News that the federal prosecutor is looking into the activities of federal agencies outside the FBI, as well as those of “private actors.”

“He’s not just looking at the FBI,” Barr said of Durham. “He’s looking at other agencies … and also private actors, so it’s a much broader investigation.”

Barr did not elaborate on which “private actors” are part of the Durham probe.

Barr tapped Durham, the U.S. attorney in Connecticut, in May to investigate federal agencies’ surveillance and investigative activities related to the Trump campaign. Durham’s probe has run parallel to a Justice Department inspector general’s investigation into the FBI’s surveillance of former Trump campaign adviser Carter Page.

Michael Horowitz, the inspector general, found extensive evidence of “significant inaccuracies” in the FBI’s applications for Foreign Intelligence Surveillance Act (FISA) warrants against Page. The applications, which relied heavily on information from the unverified Steele dossier, asserted there was probable cause to suspect that Page was a Russian agent. (RELATED: William Barr Blasts ‘Irresponsible Press’ Over Coverage Of FISA Abuse)

Horowitz found the FBI failed to disclose exculpatory information about Page and derogatory information about Christopher Steele, the former British spy who wrote the dossier. Steele worked in 2016 on behalf of Fusion GPS, an opposition research firm hired by the Clinton campaign and Democratic National Committee.

Horowitz’s report debunked one of the Steele dossier’s main allegations of Trump-Russia collusion: that former Trump lawyer Michael Cohen visited Prague in August 2016 to meet with Kremlin operatives to discuss paying off hackers. The report said the allegation was “not true.”

Horowitz also said the FBI was unable to corroborate Steele’s allegations that Page was part of a “well-developed conspiracy of co-operation” involving the Trump campaign and Russia. Steele told the FBI in early October 2016 that he believed one of the main sources for the allegation was a “boaster” prone to embellishment.

Barr said Wednesday that Durham is looking at issues beyond the FBI’s FISA applications.

“Also, he’s not just looking at the FISA aspect of it. He is looking at all the conduct both before and after the election,” Barr said. 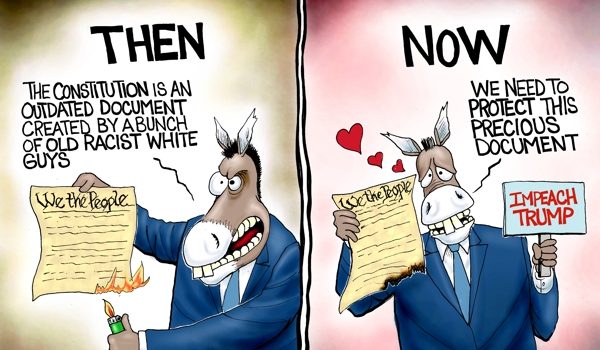 Cartoon of the Day: Change of heart
Next Post
SEAL who shot bin Laden says James Comey is ‘human sh*t’