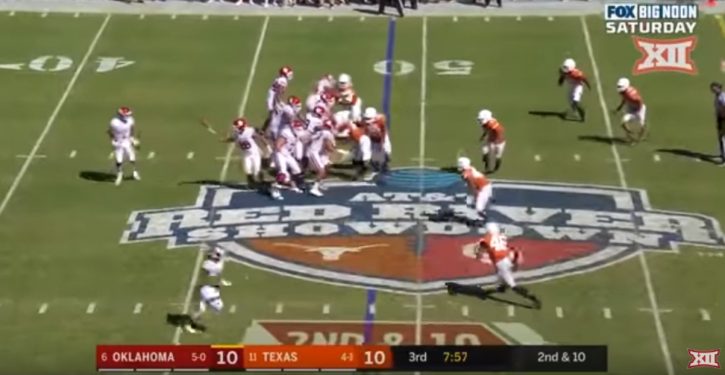 Northwestern has astonished us by managing to score 3 points on #4 Ohio State so far.  We don’t wholly despair of seeing them score another 3.  Pitt prevailed over Syracuse, and the Thundering Herd took out Florida Atlantic, which we never mind seeing.

Thursday night UCLA knocked off Stanford 34-16, although as far as we could tell, nothing actually happened on the field, other than a bit of running around and falling down.  And not too much of that.  It seemed like a strangely event-less game.

It’s going to be a delightful football weekend.  Although not for KC’s injured Patrick Mahomes, with whom we sincerely sympathize.

The University of Tulsa Golden Hurricane, which beat Notre Dame 28-27 on 30 October 2010, fell hard to Navy last week and continues a tough AAC slog this week at #21 Cincinnati.  The Bearcats are 5-1 and tied with Temple atop the AAC-East.  Tulsa, having slumped to 2-4, is a 17-point dog on the road.

New #5 Oklahoma joins the reordering rush after Georgia’s big loss to The Other USC last week.  The Sooners host 3-3 West Virginia, pride of the Big 12, in an early sneaker on Saturday.  OU gives 33, but the usual caveats apply:  Sooner bettors (automatically deduct 10 points); the Sooners’ patented Gettin’ Stupid factor.  Even the OU secondary ought to be able to handle WVU, but famous last words are famous for a reason.

Massive Big 12 test in Stillwater, meanwhile, as Oklahoma State hosts new #18 Baylor (6-0), which has been looking for real the last few weeks, but we’re not quite sure that real.  We’re hopeful for a good game.  The 4-2 Cowboys have more chops than they showed in the nasty loss to Texas Tech, and are actually giving 4.5, although we think that’s optimistic.  Could be a very tight, down-to-the-wire game.

Navy is 4-1 coming off the win in Tulsa, and will host 3-3 South Florida Saturday afternoon, giving 14.5.

Army, 3-3, will be at Georgia State; 4-2, with a win over Tennessee in week 1.  The Black Knights are nevertheless favored on the road by 5.  We think we heard some Army backers yelling “Currahee!”  More power to them.  Georgia State did get slapped all over the place last month by Western Michigan, which in turn hasn’t lived up to its usual standard this year.

Air Force will be in Hono Saturday night for the Storied Rivalry with Hawaii, both teams 4-2 and mid-pack in their respective Mountain West divisions.  Winner totes home the coveted Kuter Trophy, which we are relieved to say is just a regular old trophy, involving no damaged furniture, building materials, or bronzed livestock.  The Falcons are favored by 3.

Virginia Tech requited the heck out of us by knocking off Rhode Island last week, and now hovers at the approved ACC Coastal record of 4-2ish.  The Hokies will host 3-3 North Carolina, which has been performing sub-potential this year but is 2-1 conference to VT’s 1-2.  The oddsquad nod goes to the Tar Heels by 3, and if the Hokie D’s defensive reactions are as sluggish as what we’ve seen so far, that’s probably a good call.  But we never say never.

Nevada got it done in a 41-38 finale over San Jose State last week, and heads to Utah State Saturday night where the 3-2 Aggies are giving 21 at the gate.  USU has the quality-wins factor and may not cover, but is likely to end point-side-up.

Doggies, but new #2 LSU took a leap with the convincing win over Florida, and the Georgia loss.  Congrats to our suave Zouave.  The 6-0 Tigers are on a roll, with the next stop in Starkville to take on 3-3 Mississippi State in the continuation of their Storied Rivalry, a festive tradition with which the SEC, as we’ve mentioned before, is lousy.  The Bulldogs have been woeful in SEC play, actually losing to Tennessee last week and tanking badly at Auburn in September.  (They did manage a win over Kentucky.)  So, besides the obvious advantages of the Tigers on both sides of the ball, you’ll understand why LSU is favored by 18.5 on the road.

TCU and Kansas State are teed up in Manhattan on Saturday for the Big 12’s grand Purple-Off, both coming in 3-2, hungry, stuffed with unrefined talent, and inconsistent.  K-State has been the bad luck squad recently, with loss-uglies to Baylor and OK-State.  The Frogs, on the other hand, made the major error of playing at Iowa State two weeks ago and got their fingers back in a paper bag.  TCU gives 3.5 in what could be a darn good game.

Toledo had the short end of a defensive tackling fest with a most Sudden Bowling Green last week, sinking to 4-2 as the Rockets head to Ball State.  QB Mitchell Guadagni’s status for the game doesn’t seem to have been confirmed at this writing; Toledo was down to the third string by game’s end at BGSU, and from out here we’re seeing through a glass darkly as regards Saturday.  The 3-3 Cardinals are showing some stuff this season, scoring respectably on a couple of Power-5 opponents, and won’t be a pushover in their house.  They look promising for the remaining half of the season; there’s a lot riding on the Saturday game for the top slot in the MAC-West.  Ball State gives 2.5.

Wyoming did succumb to San Diego State last week, and dropped to 4-2 facing New Mexico in Laramie on Saturday afternoon.  The struggling 2-4 Lobos are a 17-point underdog.  Go Pokes!

New #7 Penn State hosts #16 Michigan in the marquee slot Saturday evening, playing what can fairly be called the game of the week.  It certainly will be a big one for the Big 10 (and an even bigger one for Coach Harbaugh).  6-0 PSU is giving the 5-1 Wolverines 8.  Since the Nittany cats are playing, we aren’t pessimistic about enjoying some offensive fireworks.

New #8 Notre Dame has the week off.

#9 Florida gives 5.5 at South Carolina (motto: The Other USC), where we have a Strange New Respect watch posted to see how long it lasts.

New #10 Georgia may be dealing with a sense of Strange New Self-loathing, but the ‘Dogs are still giving 24 hosting Kentucky.

As always, we’ve got a few we wouldn’t actively steer you away from, and for week 8 that will have to do.  So consider:

In FCS, McNeese State went down to Central Arkansas 40-31, with a slump to 3-4.  Some days, folks, the Bears get you.  The Pokes are back in action on Saturday hosting Houston Baptist for Homecoming.  Houston Baptist is 4-3 and has lost to the same Southland teams as McNeese, so you never know.  We wish the Cowboys an excellent game; 4 PM kickoff under partly cloudy skies with low 80s.

In Div II, #9 Slippery Rock edged out Indiana (PA) in an absolute barn-burner last week: a 45-42 slugfest in which the lowest-scoring quarter featured two TDs and a field goal.  The Rock heads to PSAC rival Edinboro on Saturday, which at 1-5 isn’t likely to pose a really big obstacle.  We feel sure we’ve mentioned that Sharon Stone is an Edinboro alumna, but can’t remember if we’ve disclosed that Joseph Newton Pew (1866) was also a graduate – and yes, after founding the Sun Oil Company, he went on to endow the Pew Charitable Trusts, and make possible all those intriguing studies, surveys, and polls.  Pew passed away on 12 October 1912.  60 and partly cloudy for the noon game start.

UCO had a respectable loss to Central Missouri last week, and hosts Missouri Western State on Saturday in another MIAA clash.  The Griffons come in 4-2, with a quality win over Fort Hays State, and a serious quality loss in O/T to Central Missouri.  Sunny, bright, and 70s for a 1 PM kickoff.

In Div III, Rose-Hulman topped Bluffton last week to surge to 3-2, and heads to Anderson U. (Anderson, IN) on Saturday.  Anderson comes in 3-3.  Another fine football day, with a 1:30 kickoff under partly cloudy skies and a balmy 70.

Christopher Newport bagged a 34-10 W at William Paterson last week, and has also experienced a surge to 1-4.  Go Captains!  CNU will be at Montclair State, which to everyone’s relief is in Montclair, NJ, to play the 2-3 Red Hawks on Saturday.  For the 2 PM game start, expect low 60s and clouding up.

Merchant Marine took out Norwich last week 30-20, and now owns a 4-1 record.  Springfield College, coming in on Saturday, has been off its game a bit this year (3-3), but won’t be beanbag.  We’ve done all the obvious stuff with the Springfield alums – John Cena, Don Ho, James Naismith, the father of basketball – but have we mentioned that Steve Spagnuolo is also a Springfield grad?  Yes, that Steve Spagnuolo.  A lot of guys have coached for the Ravens, Giants, Chiefs, and more, but those who’ve also coached for the Barcelona Dragons and the Frankfurt Galaxy are few and far between. 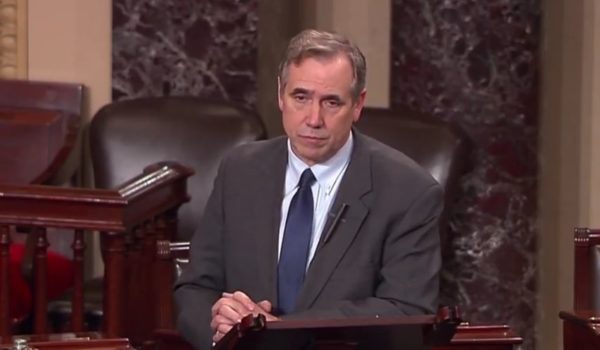