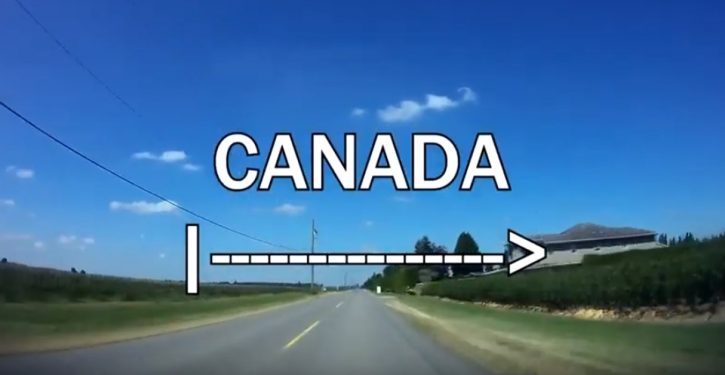 Unfenced U.S.-Canada border next to East-West "Avenue 0" (Canada side). But to enter U.S. legally, traffic must proceed on the paved road through a border checkpoint, which the British family neglected to do. YouTube video

Customs and Border Protection says it has observed evidence that disputes a British family’s claim that they accidentally entered U.S. territory.

A British family that was vacationing in Canada earlier in October is saying it has suffered under the U.S. immigration detention after they swerved off a road to avoid an animal, inadvertently landing them in U.S. territory, where Border Patrol then apprehended them, according to the family’s lawyer who spoke with The Washington Post. However, CBP says surveillance footage shows their vehicle “slowly and deliberately” entering the U.S.

The Connors, a family of seven, were driving near the U.S. border on Oct. 2 during a trip to Vancouver, British Columbia, when, as they claim, an animal appeared on the road, forcing them to veer in another direction and land in Washington state. A Border Patrol officer pulled their vehicle over and arrested them for unlawfully entering the country.

A lawyer representing the Connors said that, since their detainment by U.S. authorities, they have been subjected to wretched conditions — inadequate food and cold temperatures. They also said their requests to simply return to Canada were denied.

The story of their detainment has attracted widespread media coverage. A statement from CBP, however, calls into question their version of events.

“A vehicle was observed via remote video surveillance system turning west onto Avenue 0 in British Columbia, Canada, at approximately 9 p.m., Oct. 2. The vehicle then turned south and entered the U.S. illegally, by slowly and deliberately driving through a ditch onto Boundary Road in Lynden, Washington,” a CBP spokesman said in a statement to the Daily Caller News Foundation.

“The vehicle traveled west on Boundary Road continuing on the United States side, and was pulled over by a Border Patrol agent a short time later. The seven occupants of the vehicle, who are citizens of the United Kingdom, were arrested at approximately 9:13 p.m., in accordance with law as established by the Immigration and Nationality Act for illegally entering the United States without inspection,” the statement continued.

CBP also discovered that two of the adults had applied for travel authorization to enter the U.S., but were denied. The Department of Homeland Security attempted to transfer the family to Canada, but the Canadian government refused the request for reasons that are still unclear. The agency also said two attempts to contact the United Kingdom consulate were not successful. (RELATED: Mexican National Guard Stopped, Turned Back Migrant Caravan Headed For US)

A senior CBP official who spoke with The Post said the family was in possession of $16,000 in cash when authorities arrested them.

Border Patrol processed the seven family members — two adult couples and three children — and then handed them over to Immigration and Customs Enforcement’s Enforcement and Removal Operations on Oct. 3. They remain at the Berks Family Residential Center in Leesport, Pennsylvania, waiting to get deported. 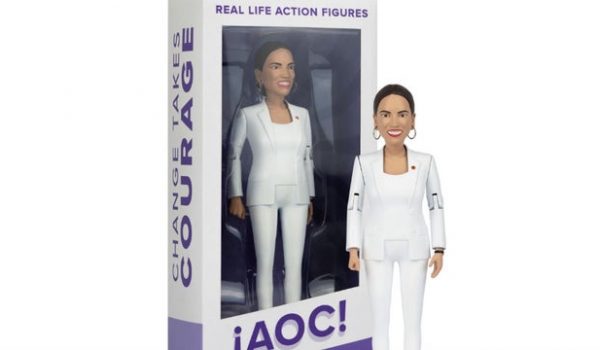 Not The Onion: Ocasio-Cortez action figure coming to a store near you
Next Post
Lowlights of last night’s Democratic primary debate