Maybe if Joe Biden had never opened his mouth on the campaign trail and bragged about how he strong-armed the Ukrainians into firing a prosecutor who was investigating his son Hunter, he could have avoided the coming storm. Then again, as has been argued in this space more than once, the senior Biden suffers from the dreaded disease toxic masculinity, invented by the Left. It was thus inevitable he would pepper his campaign appearances with examples of his manly exploits.

In this particular case, Biden has changed his story of late. He now insists that the prosecutor, Viktor Shokin, was widely regarded as a bad apple, and then-Vice Pres. Biden was threatening to cut off U.S. aid to Ukraine for its — and our — own good.

But now investigative reporter and executive vice president of The Hill, John Solomon, has published a report based on heretofore unseen memos that suggest Biden’s original story about Shokin’s firing was the real one.

Hundreds of pages of never-released memos and documents … raise the troubling prospect that U.S. officials may have painted a false picture in Ukraine that helped ease Burisma’s legal troubles and stop prosecutors’ plans to interview Hunter Biden during the 2016 U.S. presidential election.

For instance, Burisma’s American legal representatives met with Ukrainian officials just days after Biden forced the firing of the country’s chief prosecutor and offered “an apology for dissemination of false information by U.S. representatives and public figures” about the Ukrainian prosecutors, according to the Ukrainian government’s official memo of the meeting. The effort to secure that meeting began the same day the prosecutor’s firing was announced.

In addition, Burisma’s American team offered to introduce Ukrainian prosecutors to Obama administration officials to make amends, according to that memo and the American legal team’s internal emails.

If the firing [of Shokin] had nothing to do with the Burisma case, as Biden has adamantly claimed, why would Burisma’s American lawyers contact the replacement prosecutor within hours of the termination and urgently seek a meeting in Ukraine to discuss the case?

Solomon was a guest last night on Fox News, where he made this statement:

BREAKING: Fired Prosecutor Viktor Shokin Swore Under Oath that he was told that he was fired because he refused to drop the Burisma Investigation and it made then VP Joe Biden upset. pic.twitter.com/hE6WgEWmSz

What all of this means to Democrats’ headstrong plan to impeach Donald Trump and to Biden’s future as a candidate remains to be seen. In the meantime, some commentators are beginning to wonder if the Democrats engineered this latest impeachment ploy to force the cerebrally challenged Biden out of the race, much as they did with Bernie Sanders in 2016.

The more you contemplate how fishy Joe and Hunter Biden's activities in Ukraine were, the more you have to wonder if the primary goal of the Democrats' impeachment debacle was drawing attention to it so they could hustle Joe Biden out of the 2020 campaign.

Hillary cheers impeachment launch: Juanita Broaddrick has a smash-tweet waiting for her
Next Post
How the bowl cut became a white supremacist symbol 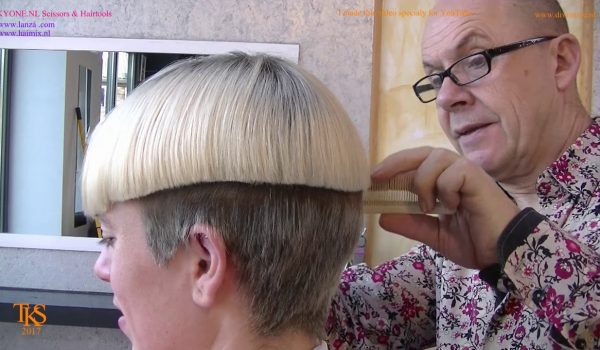