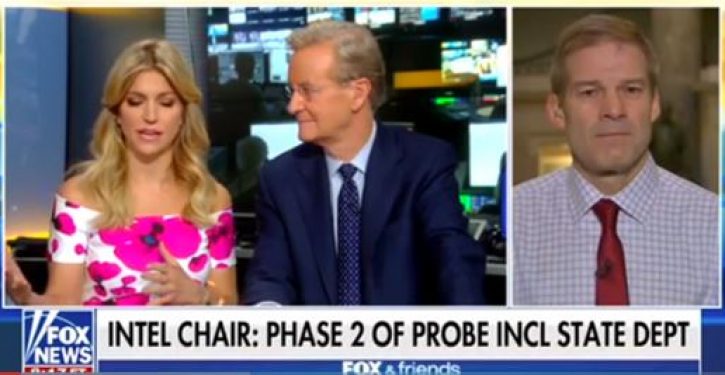 Jordan was asked about a possible second dossier and said Clinton operatives Sidney Blumenthal and Cody Shearer had paid Christopher Steele to do opposition research, but then told Steele which specific details to include.

“The names we keep hearing are Sidney Blumenthal and Cody Shearer — people who have been around the Clintons as being a part of this. But I also think it’s kind of interesting because what it looks like is, they paid Steele to put together the dossier and told him what to put in,” Jordan said. “Talk about rigging the game and putting together a document that will serve your purposes as an opposition research document.”

“That is what the Clinton team did and then when you see names like Sidney Blumenthal coming up. We deposed this guy during the Benghazi hearings,” Jordan continued. “He has been with the Clintons forever. He was knee deep in the whole Libya, Benghazi story, particularly the story where they weren’t square with the American people about what was the actual catalyst of the attack, and they tried to blame it on video.”

Jordan expressed outrage at how the government omitted information about the dossier while seeking a Foreign Intelligence Surveillance Act (FISA) warrant and said it was vital for the American public to have seen the GOP’s recently released FISA memo.

“That dossier was taken to a secret court to get a secret warrant to spy on fellow citizen and they weren’t clear with the court who paid for it, who was involved with, and the fact that they had already fired Chris Steele from any type of relationship with the FBI because he broke a fundamental trust. He went to the press and told them he was working with the FBI. And yet they still used this work product, this dossier,” Jordan concluded. “That’s what’s so ridiculous about how they handled this, and why that memo last week from the Republicans was so important that the American people see.”

Obama, not Trump, outed Russian spy
Next Post
Cartoon of the Day: A hole in our heart 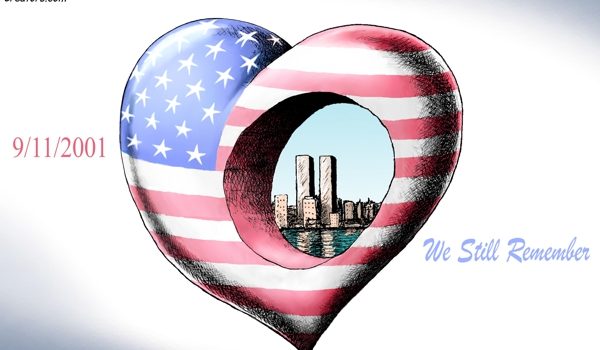