The mother may have injected the infant with heroin, the baby’s father said according to court documents, Fox News reported.

The child’s father called state police on Aug. 17 when he returned from a trip and found his girlfriend no longer pregnant but could not find any signs of a baby, Officer Ray Wilson said Wednesday in a press release.

The father told police his girlfriend frequently uses heroin and did so while pregnant, according to the Albuquerque Journal. (RELATED: Naked Newborn Baby Found Abandoned In Maryland Woods)

Police identified the woman and went to her trailer in Alcalde, New Mexico. She told authorities she gave birth to the baby in La Madera, New Mexico, on an unspecified date and then passed out. The baby was unresponsive, she said.

The woman showed signs of a heroin user and “her statements were inconsistent and not making logical sense,” a search warrant affidavit filed in Santa Fe District Court said.

Police officers searched the trailer and discovered the baby in a tote bag within a trash bag by the toilet after they “smelled the smell of death and began to look for the newborn baby,” according to the affidavit.

The father told police he had been told his girlfriend had been injecting the baby with heroin to keep the child from going through withdrawal.

Police also found a baggie on the floor and blood on the front porch, according to the Albuquerque Journal.

“We do have a suspect in place, which is the mother of the child, and we’re following up with investigation through state police,” Rio Arriba District Attorney Marco Serna said according to KOAT Action News.

“If there are additional individuals who took part in this horrific, horrific hiding of this body, we will discover them and we will prosecute them as well,” Serna added. 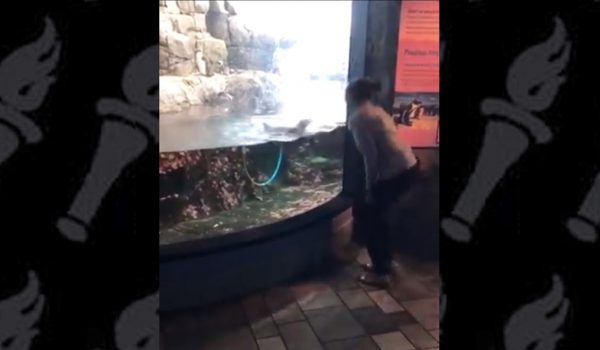 Awesome penguin keeps Ocasio-Cortez entertained; Left excited to predict meltdown from Right
Next Post
Rashida Tlaib says Trump is ‘scared’ of her and the ‘Squad’