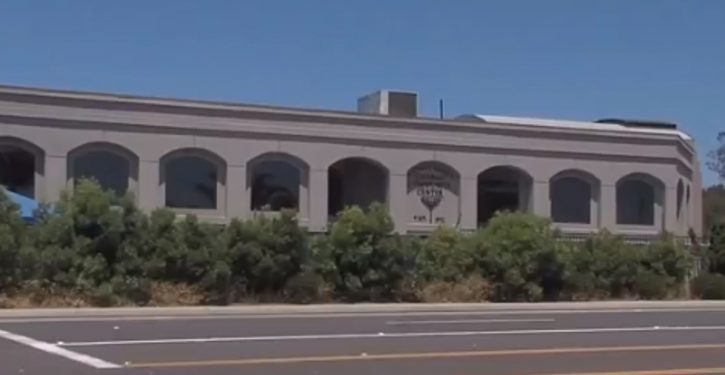 See UPDATES at the bottom.

Liberty Unyielding carried a Web Crawler headline earlier on the breaking news that a shooting had been reported at a synagogue in Poway, California, resulting in four injuries.  The synagogue is Congregation Chabad, located in a peaceful middle-class neighborhood near churches and parks in one of San Diego’s most popular suburbs.  On Saturday, April 27, worshipers were there to observe the final day of the Passover holiday.

Tragically, it is now confirmed by authorities that one of the injured, a woman, has died of the wounds suffered from the shooter.  Three others remain in stable condition; one, according to the San Diego County Sheriff, was headed for surgery in the last hour and a half (just prior to 5 PM Pacific time).  One of the other two victims is a juvenile.

The suspect in custody is a 19-year-old white male, his name given as John T. Earnest.  At the press conference just before 5 PM, Sheriff William Gore confirmed that law enforcement is reviewing a “manifesto” (or “open letter”) Earnest appears to have posted on social media (on 8chan, according to an NBC News report).  In the letter, Earnest took credit for an arson crime at a mosque in nearby Escondido, California in March.

NBC News reports the letter was posted Saturday morning, just after 9 AM PDT, or approximately two hours before the shooting (which was first reported between 11:30 AM and noon, and occurred a little after 11 AM).  The letter apparently mirrored aspects of the manifesto posted by New Zealand mosque shooter Brenton Tarrant.

The 8chan post appears near identical to the one Brenton Tarrant left hours before opening fire at a mosque in Christchurch, New Zealand. It even links to the same document dumping sites PasteBin and MediaFire to host the open letter.

However, the Earnest note had one notable difference:

Tarrant and Pittsburgh synagogue shooter Robert Bowers are listed as a direct inspiration in the letter, which is riddled with almost exclusively anti-Semitic tropes and advocacy for white supremacy.

Tarrant, by contrast, expressed no animosity toward Jews and made no allusions to anti-Semitic tropes (see link below).  Tarrant’s manifesto also lacked “advocacy for white supremacy.”  His appeal was for ethnic (or nativist) nationalism; in fact, Tarrant stated that his political ideal was a collectivist nationalism like that of Communist China.

Interestingly, the NBC News report implies the opposite.  It was necessary to choose the excerpts here selectively in order to present an accurate picture.  The NBC report, as written, implies that Tarrant’s manifesto was as full of anti-Semitic and “white supremacist” language as the Earnest letter is said to be.

After the mosque shooting in New Zealand, LU’s J.E. Dyer noted the importance of the public having direct access to such documents, because the media, for whatever reason, do a poor job of describing them accurately.  At the time, reviewing the original manifesto from Tarrant, she highlighted that it did not make a case for “white supremacy,” and contained almost no support for any “right wing” views.

If Earnest’s letter is full of anti-Semitic tropes and advocacy for white supremacy, that would make it significantly different from the Tarrant document in content, even if the format is the same.  It appears to be of more legitimate importance that Earnest says he is inspired by Tarrant’s terror attack on the mosque. Earnest’s particular reprehensible views are not the same as Tarrant’s.

The sheriff’s verbal update this evening indicated that an “AR-15-type” weapon was found in Earnest’s vehicle.  Earnest was apprehended after he left the synagogue; he fled the scene of the shooting when he was confronted by an off-duty Border Patrolman who was there to attend the Passover service.  The sheriff commended the Border Patrolman for quite probably saving many lives by intervening and inducing Earnest to flee the scene.

This is a developing story.  Significant updates will be added as they occur.

News reporting confirms that the Border Patrolman who confronted the shooter in the synagogue was armed and fired at the shooter, apparently causing him to flee.  The patrolman reportedly hit the shooter’s vehicle with a round as Earnest pulled away from the scene.  Word of mouth information to this effect — unverified — had been circulating on Twitter, but both NBC and the Los Angeles Times are now reporting it.

Also available: a link to the shooter’s “open letter” as archived from Pastebin.  The anti-Semitic language is horrifying and grotesque, but it is worth seeing in the original in part because it clarifies that Earnest is the opposite of a Trump supporter.  He mentions Trump once in the entire document, and says this:

“Are you a Trump supporter?”
You mean that Zionist, Jew-loving, anti-White, traitorous c*****cker? Don’t make me laugh.

In this regard, Earnest’s sympathies seem to mirror those of the Pittsburgh synagogue shooter, Robert Bowers. 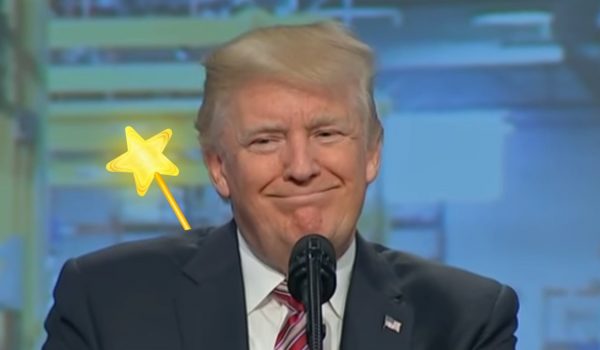 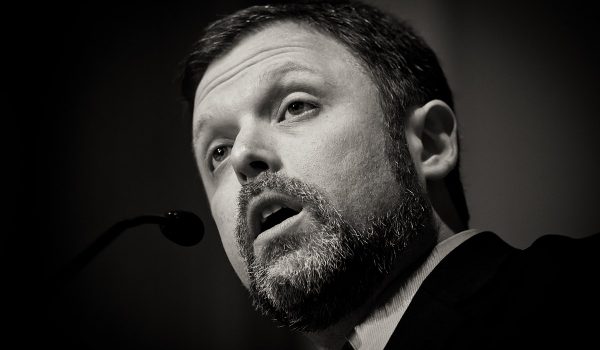