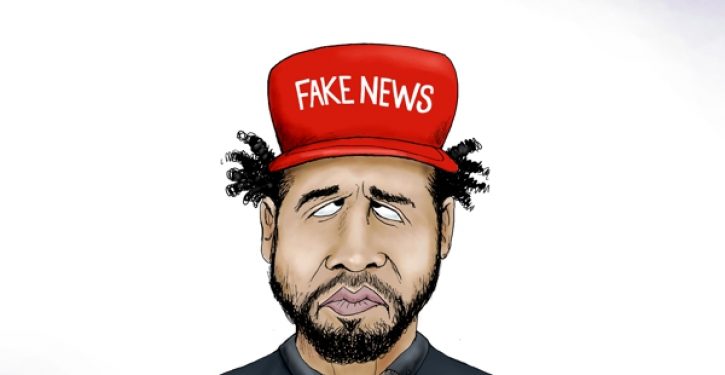 If you have questions about how actor Jussie Smollett managed to walk out a Chicago courtroom yesterday, a free man, after leaving a trail of evidence demonstrating conclusively that he had staged a race-inspied late-night beatdown, you will find answers to many of them in this analysis by LU’s J.E. Dyer.

One troubling question that is not answered is why one of the conditions to Smollett’s “record” being “wiped clean of the filing of this tragic complaint against him,” as a statement by his attorneys phrased it, was his forfeiture of the $10,000 he had put up as bail. As Kiera Ellis, a spokesperson for Cook County State’s Attorney Kim Foxx, told the Chicago Sun-Times, “There would be no nolle without the forfeiture.” Nolle is a shortened form of the Latin legal term nolle prosequi, which translates in this case to “refuse to prosecute.”

After the emergency hearing yesterday in which prosecutors announced that they would be dropping all 16 felony counts of filing a false police statement and disorderly conduct, Smollett said outside the courtroom (beginning at 0:23 in the video that follows):

I’ve been truthful and consistent on every single level since Day One. I would not be by mother’s son if I was capable of one drop of what I was accused of.

Invoking his mother’s name was an interesting decision considering that she was a member of the Black Panthers whose children were “raised in the orbit” of that group.

That point aside, if Smollett is innocent, as he claims, why is he willing to leave his $10,000 on the table as he exited the courtroom? Shouldn’t his lawyers have protested that he was in effect being punished for a crime he didn’t commit?