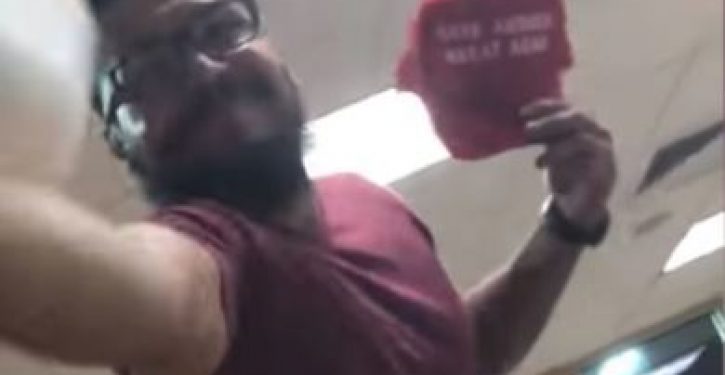 Here in a nutshell is everything Democrats claim to despise. You have a case of bullying: A rather muscular-looking full-grown adult accosts a slender teen, hurling profanities at him. You have criminal violence: The man steals the boy’s hat and tosses his drink at him to boot. You have intolerance: The man’s actions are predicated on his disapproval of the boy’s political views.

The one aspect of the incident liberals won’t disapprove of is that the adult disrupts the teen’s meal — which seems to be a recent specialty of the Left.

According to News 4 San Antonio, the incident occurred at a Whataburger, and the flash point was that the child was wearing a Make America Great Again hat.

The victim, identified as 16-year-old Hunter Richard said that, in addition to the indiginties visible in the video, some of his hair was pulled during the assault.

Hunter was with his friends at the Whataburger off Nacogdoches and Thousand Oaks Tuesday night when it happened. They say the attack was unprovoked.

The aggressor in the incident, who has been identified as Kino Ahuitzotl Jimenez, worked part-time at bar called, appropriately enough, Rumble. A Facebook post by the management, since pulled, advises:

We have since terminated this employee, as his actions go against everything that this establishment stands for. Rumble has, and always will be, a bar that is as inclusive as any establishment could possibly be. THIS BAR IS A SAFE SPACE FOR EVERYONE! No matter your race, creed, ethnicity, sexual identity, and political stance, you are welcomed here! 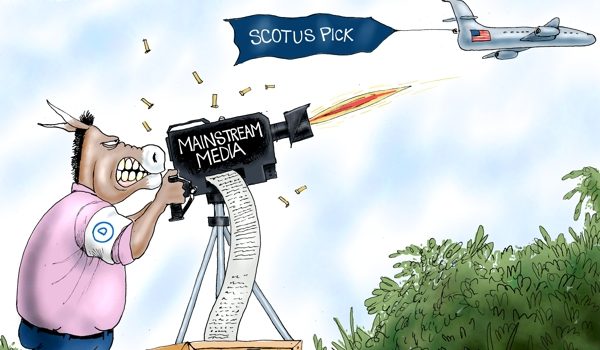 Cartoon of the Day: Flak news
Next Post
DNA testing being done on separated migrant children and parents