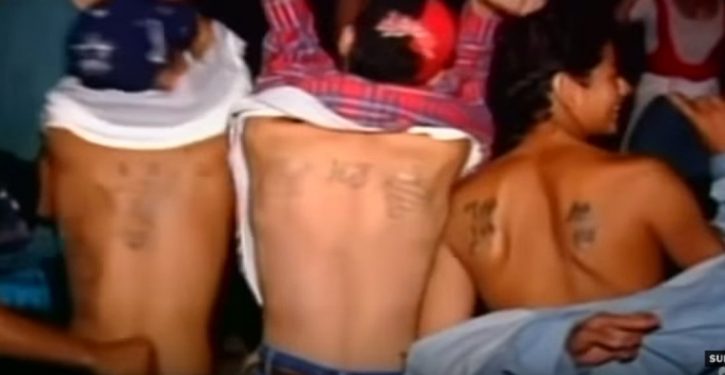 A pair of teenage brothers charged in the stabbing death of a 19-year-old in Maryland are nationals of El Salvador who arrived in the U.S. as unaccompanied minors, The Daily Caller News Foundation has learned.

Lenin Mancias-Callejas and Bryan Mancias-Callejas, both 16, were arrested and charged Wednesday with first degree murder in the killing of Herson Mejia-Alvarez, Prince George’s County Police said.

Both Mancias-Callejas brothers are illegal immigrants from El Salvador, a senior Department of Homeland Security official familiar with the matter told TheDCNF on Friday.

“DHS can confirm that Lenin Mancias-Callejas and Bryan Mancias-Callejas are natives of El Salvador who entered the United States as an Unaccompanied Alien Children [UAC] and are illegally present,” the official said on the condition of anonymity because they were not authorized to discuss the case publicly.

Prince George’s County police say officers found Mejia-Alvarez’s body on the afternoon of May 23 in Silver Spring, Maryland, a near suburb of Washington, D.C. Cell phone records show that Mejia-Alvarez and the Mancias-Callejas brothers were at the same apartment building and then went together to a wooded area, where the 19-year-old’s body was later found.

The brothers and a third suspect in the murder, 18-year-old Francisco Sosa, are members of the transnational gang MS-13, the Washington Post reported, citing police charging documents.

In recent years, increased MS-13 activity has been correlated with the resettlement of UAC from Central America in certain U.S. metro areas, according to an analysis from the Center for Immigration Studies (CIS), which documented more than 500 cases of MS-13 members arrested or charged with crimes since 2012. (RELATED: REPORT: MS-13 Made Comeback Through Obama’s Lax Gang Enforcement, Surge Of Unaccompanied Minors)

States that have seen the heaviest UAC resettlement were also those that had the most arrests of MS-13 gang members. California, Maryland, New York, Virginia and Massachusetts were the top five among 22 states where an MS-13 member was arrested or charged since 2012, and those five states accounted 63 percent of all MS-13 arrest nationwide.

Suburban Washington has been the site of several horrific acts of violence by MS-13 violence over the past year, particularly in areas where large populations of immigrants from Central American countries have settled. Known for its brutal stabbing and beating murders, the gang has a significant presence in Fairfax County, Virginia and Montgomery County, Maryland, both relatively well-to-do bedroom communities of the national capital.

In November, Montgomery County police charged three MS-13 members, two of them illegal immigrants from El Salvador, in connection with the gruesome killing of a man in Wheaton, Maryland. Along with other gang members, they allegedly lured the man into a park, stabbed him more than 100 times, beheaded him, and then cut out his heart, according to police reports.

More recently, 11 suspected MS-13 members were charged on June 22 with conspiracy to kidnap, in connection with the 2016 murders of two teens whose bodies were discovered buried in a Fairfax County park. All of the suspects are men in their 20s and all are originally from El Salvador, according to federal prosecutors in the Eastern District of Virginia.

The Mancias-Callejas brothers are being held in Prince George’s County jail without bond, according to an online inmate database. Police say they are still searching for Sosa.