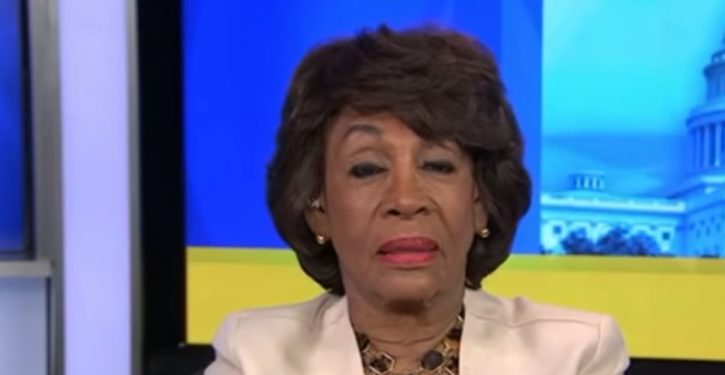 Did Rep. Maxine Waters (D-Calif.) cross a line with her most recent outburst in which she urged fellow Trump haters to “create a crowd” and get in the face of members of his cabinet? Democrats in Congress apparently think so. Yesterday, Senate Minority Leader Chuck Schumer paid lip service to Waters’s incivility without actually mentioning her name — which is about as close to non-partisan as Democrats in this day and age are capable of getting.

But Republicans in the House were not so restained. According to The Hill, a member of the caucus  introduced a measure to censure Waters and called on her to resign.

“So we just introduced it, we have some co-sponsors, but what she did was to basically incite people to come after and attack members of the president’s cabinet,” Biggs told The Hill. “And also spread that out to more people.”

The measure calls on the congresswoman to resign, issue a formal apology to administration officials “for endangering their lives and sowing seeds of discord” and release a statement that neither harassment nor violence is an appropriate form of protest.

Waters refused to back down yesterday, telling a press gaggle:

I have nothing to do with the way people decide to protest. Protest is the democratic way as long as it is peaceful. I believe in peaceful protest. It is guaranteed to you in a democracy.

But her own words on Saturday belie her claims:

And so, let’s stay the course. Let’s make sure we show up wherever we have to show up and if you see anybody from that Cabinet in a restaurant, in a department store, at a gasoline station, you get out and you create a crowd and you push back on them, and you tell them they’re not welcome anymore, anywhere.

A key in an unexpected place: Comey spiked 2017 immunity deal for Assange
Next Post
USA Today op-ed submits that a ‘soft’ civil war is ‘well underway’ thanks to liberal hate 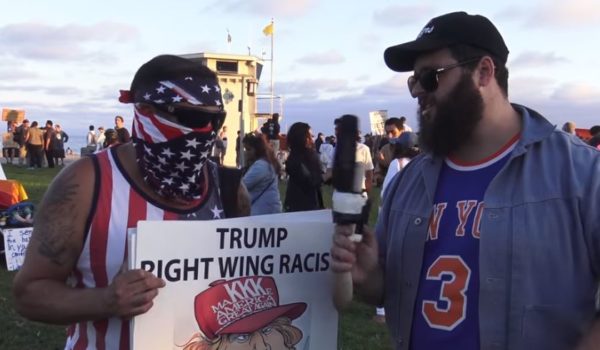