Planned Parenthood has been forced to cancel dozens of appointments for abortions after the U.S. Supreme Court refused to hear a case that would have allowed the abortion organization to continue offering medication abortions.

Following the court’s May 28 refusal to hear Planned Parenthood’s suit against Arkansas’ Abortion-Inducing Drugs Safety Act — which requires doctors who provide medication abortions to have a contract with another physician having hospital-admitting privileges — Planned Parenthood became no longer able to administer medication abortions at its three locations in the state and canceled a number of appointments.

“We had to turn away from the clinic people who were scheduled to take the pill,” a Planned Parenthood physician said, according to NBC News.

The Supreme Court’s actions come after a Little Rock federal judge prevented the law, passed in 2015, from being enforced. The 8th U.S. Circuit Court of Appeals, however, overturned that judge’s previous decision, after which Planned Parenthood challenged the ruling. The abortion organization alleged it presented an undue burden on women’s access to abortion when requiring abortion doctors to have a contract with another physician. (RELATED: Arkansas Effectively Banned Pill-Induced Abortions, And The Supremes Won’t Stop It)

Planned Parenthood may now be forced to close two of its three clinics after it could find no abortion doctors willing to enter into contracts as the law requires.

“As attorney general, I have fully defended this law at every turn and applaud the Supreme Court’s decision against Planned Parenthood today,” Arkansas Attorney General Leslie Rutledge said, following Monday’s decision. “Protecting the health and well-being of women and the unborn will always be a priority. We are a pro-life state and always will be as long as I am attorney general.”

Planned Parenthood does not look kindly upon the Supreme Court’s decision. “Arkansas is now shamefully responsible for being the first state to ban medication abortion,” Planned Parenthood Vice President Dawn Laguens said Monday. “This dangerous law also immediately ends access to safe, legal abortion at all but one health center in the state.” 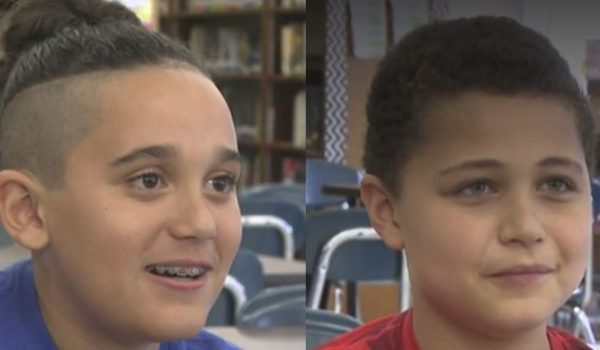 The latest decision adults are deferring to their children: whether to do homework
Next Post
Trump pardons Dinesh D’Souza