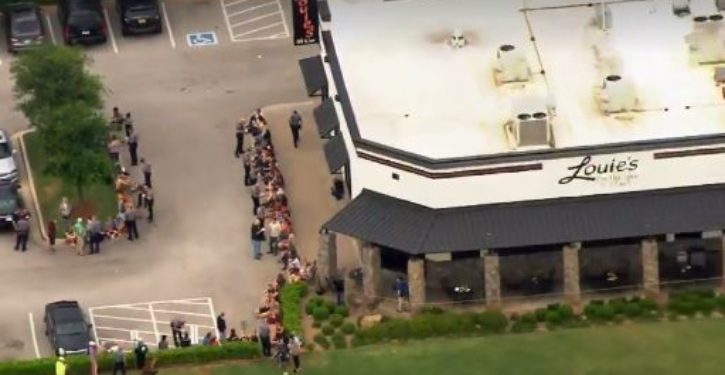 Apart from being dishonest, the liberal alternative to the above headline — “NRA member who opened fire in restaurant shot dead by another NRA member” — doesn’t fully describe the situation. In the broadest retelling, a potential murderer was stopped cold by an armed good Samaritan.

The incident occurred in Oklahoma City on Thursday. According to police:

A man walked into the [sic] Louie’s restaurant and opened fire with a gun. Two people were shot. One person has been taken to a hospital with serious injuries. A bystander with a pistol confronted the shooter outside the restaurant and fatally shot him.

A pair of followup tweets indicate that the victims were a mother and daughter celebrating a birthday and that both are expected to recover from their injuries:

CONFIRMED: A mother and daughter were shot while celebrating a birthday at Louie’s Lakeside.

Police say they were innocent customers.

The incident is under investigation. The shooter’s motive is unknown and his identity is not yet confirmed. The victims are expected to survive. More details will be provided later.

Although Second Amendment opponents will attempt to spin this story to make it fit the narrative that guns —  and by extension the National Rifle Association — are uniformly evil, there is no getting around the fact that a far greater disaster than the one that played out was averted, thanks to the lawful and measured use of a firearm. 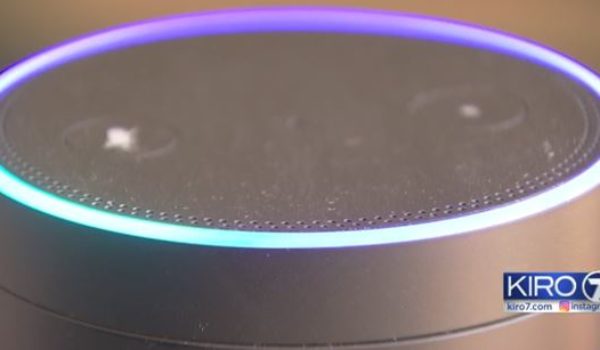