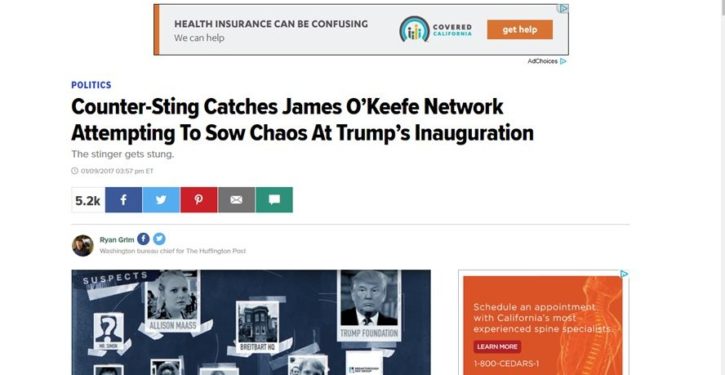 A newspaper in Memphis came under fire last week for its coverage of the assassination of five police officers in Dallas. What specifically had locals in such high dudgeon was the headline emblazoned across the front page.

Protesters who congregated outside the offices of the paper, The Commercial Appeal, were so outraged that a simple correction was deemed sufficient. Instead, the publication’s editor offered up a nearly 1,000-word mea culpa.

So what did the headline say? This:

If you’re wondering what about this three-word statement gives offense, join the crowd. The gun-wielding murderer in Dallas, Micah X. Johnson did target whites. He openly acknowledged as much to police.

But that didn’t prevent the non-adults in the room from throwing a temper tantrum over the paper’s perceived racism. The editor played along in his apology:

Simply put, we got it wrong.

Those three big words in headline type stretched across Saturday’s front page — Gunman Targeted Whites — were true according to police accounts in Dallas at the time but they badly oversimplified a very complex, rapidly evolving story, and angered many of our readers and many more in the broader community.

In my view the headline was so lacking in context as to be tone deaf, particularly in a city with a 65 percent African American population. That front page minimized the broader refrain of what’s happening in our country with anguish over the deaths of young black men at the hands of police. It has been viewed as suggesting that this newspaper values the lives of white police officers more than young black men who have died in incident after incident.

The chorus was joined by the publisher, George Cogswell, who, according to HeatStreet, said that the headline, “although not inaccurate, was very insensitive to the movement and we recognized that quickly.” Even a local black pastor got in on the action, insisting that the staff of the paper needs “cultural sensitivity training.”

To all of which I say, “Bushwa!” If the nation is going to come together in an effort to heal its racial wounds, the black community is going to have to reject the coddling from the Left and accept some responsibility. A first step toward that goal is to swallow hard and accept the truth — even when it is painful to do so.