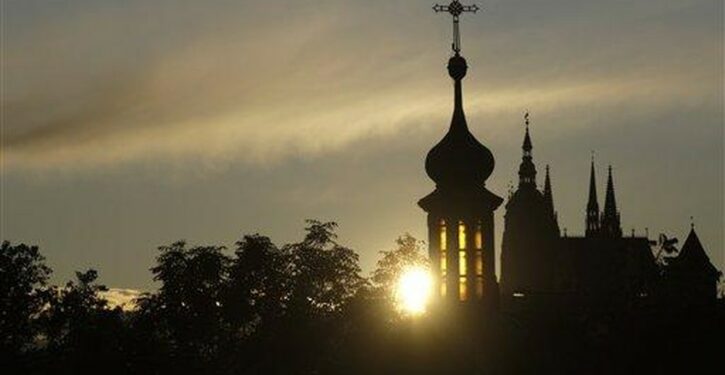 Happy New Year! Thanks for spending today with the “Word of God.” Indeed, the “Hand of God” intervened to ditch my original topic so I could write about the first verses in John’s gospel. The story:

Recently, my husband mentioned the morning devotion at Cross Catholic Outreach — the global humanitarian organization where he works — was about John, Chapter 1, the “Word of God.” Immediately, I received “a calling” to write about those verses and recognized the wisdom of God “ditching” my initial topic since John’s opening verses are perfectly suited for this January 1 Bible study.

Moreover, I believe John 1:1-18 is the most powerful New Testament verse that speaks to the Divinity of Jesus. John begins:

And what does that passage mean? Christ was present with God at Creation! Christ is The Word. However, “word” is not just a “word,” as explained below in my NIV Study Bible, where I paraphrased for space. Also, note that John wrote in Greek:

“Greeks used the term [word] not only of the spoken word but also of the unspoken word, the word still in the mind –the reason.” When Greeks applied the “word” term “to the universe, they meant the rational principle that governs all things.” However, Jews used “word” to refer to God. So, when writing the “word,” John cleverly appealed to both audiences.

Furthermore, when John wrote “with God” as in “and the Word was with God,” he conveyed, “The Word was distinct from the Father.” However, by writing “was God” as in “the Word was God,” he implied “Jesus was God in the fullest sense.”

John never wrote that “Christ was present with God at Creation.” Yet, the first five verses of John are stylistically written to mirror God’s first words in Genesis about Creation. Thus, John connects Jesus to and at Creation. From Genesis:

“In the beginning God created the heavens and the earth. Now the earth was formless and empty, darkness was over the surface of the deep, and the Spirit of God was hovering over the waters. And God said, ‘Let there be light,’ and there was light. God saw that the light was good, and he separated the light from the darkness. God called the light ‘day,’ and the darkness he called ‘night’” (Genesis 1: 3-5).

Let’s compare John’s opening with the Genesis verses. First, the “nothing concept”:

John: “He was with God in the beginning. Through him all things were made; without him nothing was made that has been made.”

Genesis: “Now the earth was formless and empty, darkness was over the surface of the deep, and the Spirit of God was hovering over the waters.”

John: “In him was life, and that life was the light of all mankind. The light shines in the darkness, and the darkness has not overcome it.”

Genesis: “And God said, ‘Let there be light,’ and there was light. God saw that the light was good, and he separated the light from the darkness.”

Therefore, today let’s recognize how the light of Christ is with us and in us. That light is God’s love for us. The light of Christ drives away sin, evil, and darkness. So, invite that light to shine in your life through all your thoughts and actions.

Continuing in John, he wrote about “a man sent from God whose name was John” — that man was “John the Baptist.” And what was his mission?

“He [John the Baptist] came as a witness to testify concerning that light, so that through him all might believe. He himself was not the light; he came only as a witness to the light. The true light that gives light to everyone was coming into the world” (John 1:7-9). (Read about “Light” in the New Testament, Vol. 49.)

In Genesis, God “separated the light from the darkness,” and it happens again — theologically speaking — next in John’s gospel:

“He [Jesus] was in the world, and though the world was made through him, the world did not recognize him” (John 1: 10).

But John the Baptist recognized Jesus, even in the womb! His mother, Elizabeth, said John “leaped in her womb” upon Mary’s greeting as she entered their home carrying baby Jesus in her womb. One can say that John and Elizabeth were the first to recognize the Divinity of Jesus. (Read more about this “Visitation” event in Vol. 39.)

And I can relate to the next verse:

For space consideration, I skip a few verses until this famous one:

“The Word became flesh and made his dwelling among us. We have seen his glory, the glory of the one and only Son, who came from the Father, full of grace and truth” (John 1:14).

I call your attention to “We have seen his glory…” where John references his experience at the “Transfiguration.”  At that event, the physical appearance of Jesus was changed, and his Divinity was revealed with radiant glory. (See Vol. 26.) The apostles’ Peter and James were also present. Then John writes what he had observed:

“No one has ever seen God, but the one and only Son, who is himself God and is in closest relationship with the Father, has made him known” (John 1:18).

I conclude this new year’s study with the following advice:

If you are living in darkness and don’t know “the light of Christ,” I suggest you make knowing Him your first New Year’s resolution. Pray and ask Him into your heart, mind, and spirit. If He is already there, ask Him to turn His light into a spotlight so you can light the way for others. Amen, and Happy New Year!

Event Alert: Promotion for my friend, Rabbi Aaron Allsbrook, who is hosting a Messianic Jewish Passover Seder on April 6 at the Museum of the Bible in Washington, D.C. The keynote speaker is Dr. Michael Brown – well known to Townhall readers. This seder will sell out. Buy tickets early!

Myra Kahn Adams is a conservative political and religious writer with numerous national credits. Her book, “Bible Study For Those Who Don’t Read The Bible,” reprints the first 56 volumes of this popular study. “Part 2,”  with the same title, reprints Vols. 57-113. Order it here.

Myra is also the Executive Director of SignFromGod.org and the National Shroud of Turin Exhibit, two ministries dedicated to Shroud of Turin education. Contact: Twitter @MyraKAdams and MyraAdams01@gmail.com. 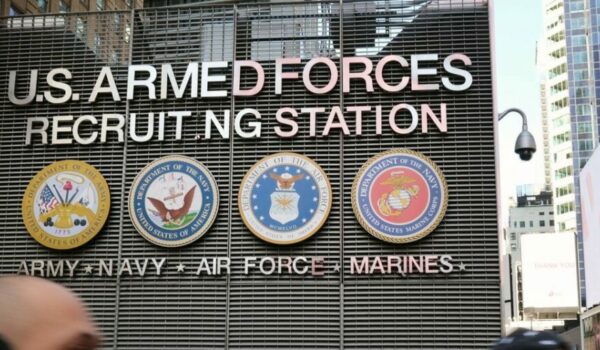 Here’s How The Military Dropped Its Standards In 2022 To Address A Major Recruiting Crisis
Next Post
Virginia’s largest school system pays $455,000 for ‘equal outcomes’ consultant