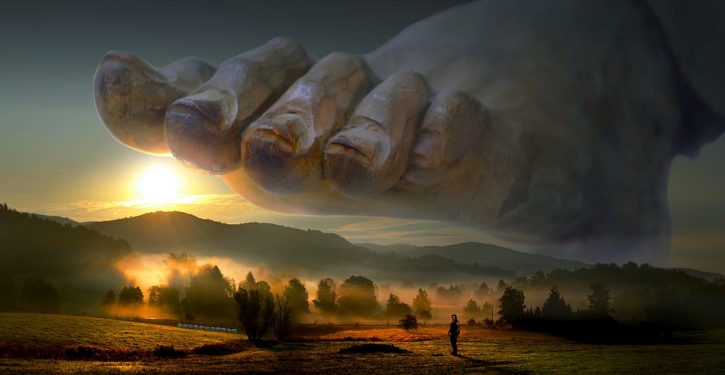 As always, thanks for joining our study. Today we examine the biblical basis for Rabbi Jonathan Cahn’s new bestselling non-fiction book, “The Return of the Gods.”

Note the “non-fiction” designation, because his book is based on Scripture, ancient and modern history, current events, and cultural changes. Cahn juxtaposes all that with his inimitable prophesying about the consequences for America (and the Western world), turning away from God’s commandments, declarations, and teachings of Jesus (Yeshua in Hebrew.)

Rabbi Cahn and I are Messianic Jews who believe Jesus is the Messiah. Our overarching belief is repeatedly confirmed, authenticated, and substantiated by how the New Testament fulfills the Old. Regular readers of this study are familiar with my frequent discussions about that vital connection. (See Vols. 93 and 94, Messianic prophecies featuring Rabbi Cahn.)

That said, we begin with some quotes from Rabbi Cahn, who emailed me:

“The Return of the Gods is the most explosive book I’ve ever written.”

And why is that, you ask? He included the answer saying:

“The book poses the question, ‘Is it possible that the ‘gods’ of ancient times were not merely fiction and myth, but that there was something very real about them – that behind them were entities, spirits? And if so, is it possible that they could return to our world, to modern culture – even to America? The mystery is actually revealed in the Bible – and the surprising answer is ‘Yes.’ ”

Moreover, the book’s official press release quotes Cahn saying, “these gods or entities are transforming America from a Christian nation to a pagan one. In the Hebrew Scriptures the entities were called the shedim. In the New Testament they are referred to as the daimonia.”

The word “demon” is derived from daimonia. And, if unfamiliar with the Hebrew word “shedim,” it refers to spirits, entities, and spiritual beings that are not of God. Cahn told me more broadly, “The word ‘shedim’ stands for the spirits or demonic entities that stood behind the gods and idols of the nations that the people of Israel turned to when they turned away from God.”

Those who love the Lord God of Israel, the Creator of the universe, know He demands to be praised, glorified, and worshipped. His Commandments and declarations of actions must be obeyed, or there are consequences. Recently, in Vol. 132, we learned what happened to the ancient Israelites who built and worshipped a new god, the Golden Calf.

Early in his book, Cahn briefly mentions that in Deuteronomy, Moses spoke to God’s people about how they had “departed from God and turned elsewhere.” Below are expanded verses, when before his death, Moses said:

“They made him [God] jealous with their foreign gods and angered him with their detestable idols. They sacrificed to false gods, which are not God— gods they had not known, gods that recently appeared, gods your ancestors did not fear. You deserted the Rock, who fathered you; you forgot the God who gave you birth”  (Deuteronomy 32:16-18).

Note the verse: “gods that recently appeared, gods your ancestors did not fear.” Why did “your ancestors not fear”? The answer is that they had personally witnessed the power of God for protection, and the destructive consequences when He had withdrawn His protection.

Cahn’s apt title, “The Return of the Gods,” is about a nation and world that has cast out the one true God — defying His continuous request that we praise, glorify, worship, and acknowledge His Word. He is the “I Am,” Almighty God with a capital “G” who specifically gave us His commandments to follow. But over time, culture has sought to diminish His authority and His truth. As a result, empty space was created, leaving an “absence of light.”

Thus empty space filled “by the return of the gods” birthed new sets of truths that must be obeyed, believed, lived, acted upon, and taught. Truth is all relative under the reign of the gods.

In the book, Cahn mentioned that St. Paul “described the condition of those living in paganism as .. having no hope and without God in the world.”

Here is that entire Ephesians verse and the one that follows:

“…remember that you were at that time separated from Christ, alienated from the commonwealth of Israel and strangers to the covenants of promise, having no hope and without God in the world. But now in Christ Jesus you who once were far off have been brought near by the blood of Christ” (Ephesians 2:12-13).

Is there any wonder why our culture has spawned an epidemic of hopelessness?

I told Rabbi Cahn this is a Bible study, not a book review, but here is the main intersection. Once again, Cahn’s premise is that our nation turning away from God has opened the door for “the gods’” return. The identity of these “gods” are biblically based and impeccably researched for an enthralling read. In Chapter 6, Cahn discussed the following parable told by Jesus as keys to opening “the door” for the gods:

“‘When an unclean spirit goes out of a man, he goes through dry places, seeking rest, and finds none. Then he says, ‘I will return to my house from which I came.’ And when he comes, he finds it empty, swept, and put in order. Then he goes and takes with him seven other spirits more wicked than himself, and they enter and dwell there; and the last state of that man is worse than the first. So shall it also be with this wicked generation’” (Matthew 12:43-45).

Cahn warns how Jesus’s teaching applies to our nation and world:

“If that civilization should ever turn away from God, from His Word, from the gospel, from Christianity, from Jesus, then that which drove out the spirits will no longer be present to protect it against their return. And the civilization that had been delivered of the spirits will become repossessed by them.”

Fortunately, all believers know that Jesus is the “light of the world.” He will extinguish the darkness. Therefore the concluding message in Cahn’s book is worth repeating because it reinforces all the hope, truth, and love we have in Yeshua:

“The gods have returned…. Then the illusions of the night, its dreams and nightmares, will fade into the waking of day, and the gods into the brightness of His coming, the coming of Him who is the only Light – and who alone is God.”

Myra Kahn Adams is a conservative political and religious writer with numerous national credits. Her book, “Bible Study For Those Who Don’t Read The Bible,” reprints the first 56 volumes of this popular study. Myra is also Executive Director of SignFromGod.org, a ministry dedicated to education about the Shroud of Turin. Contact: MyraAdams01@gmail.com  or Twitter @MyraKAdams.