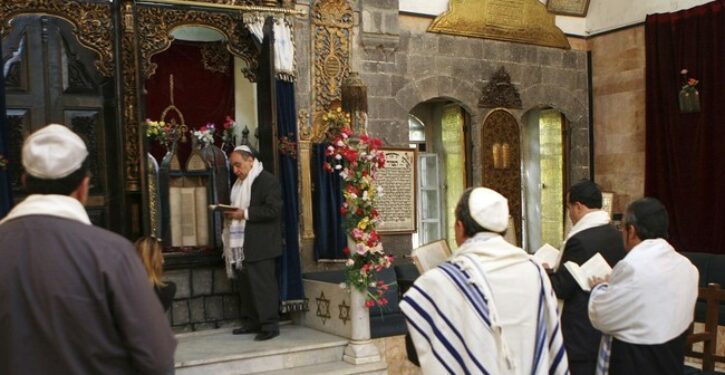 Thanks for joining our Sunday Bible study for Part 2 — how the autumn Jewish Feast Days and High Holidays connect to Jesus. As a Messianic Jewish believer, in Part 1, I wrote that “heads would explode in synagogues.” Of course, some of my people sent disparaging emails along with helpful suggestions such as, “Myra, stop this. You are a Jewish woman and you’re twisting the Torah to suit an agenda. Contact a Chabad rabbi and have a conversation.” (I thanked him and said I might do that – so stay tuned.)

Again, thanks to Russ Breault, a Bible scholar who originated these two lessons and wrote the first drafts. He has co-written or inspired several of my Bible studies.

Now we turn to Leviticus 23, when God, through Moses, established the seven appointed feasts or festivals for the Israelites to honor, glorify, and make sacrifices to Him. First, a brief review of Part 1 and Jesus’s connection to the spring feasts:

Passover is celebrated as “Good Friday” when Jesus was sacrificed. At His baptism, John the Baptist declared Jesus “the Lamb of God, who takes away the sin of the world” (John 1:29).

Connected to Passover is “unleavened bread” — celebrated by Christians as “Holy Communion” since Jesus declared the Passover bread to be His broken body and the Passover wine to be His blood shed for the sins of mankind (Mark 14:22-24).

Firstfruits is celebrated as Easter when Jesus rose from the dead and declared to be the “firstfruits” of the resurrection (1 Corinthians 15:20).

Shavuot or Feast of Weeks — called Pentecost by Christians — occurs 50 days after Firstfruits. At that time, Jesus sent the Holy Spirit to descend upon believers, marking the new covenant of grace and evangelization of His teachings. (Acts 1-2).

All three prophetically represent future events and are vital for the church and Christians to understand their meaning and message. However, the fall feasts are not observed by the church. Why?

Around A.D. 325, under Constantine the Roman emperor, Christianity was distanced from its Jewish origins. But, the aforementioned spring feasts were still celebrated for their Jewish/Christian connections after Jesus fulfilled the three spring feasts on their exact feast day. Thus, God established a precedent that eventually Jesus would fulfill the fall feasts. So, we say, “be patient and be ready.”

The Feast of Trumpets:

Commonly known as Rosh Hashanah — the Jewish New Year. But “new year” is not mentioned in the Hebrew Bible. However, its biblical name “Yom Teruah” means “day of shouting/blasting” and “day of shofar” — a ram’s horn customarily blown 100 times.

“‘On the first day of the seventh month,” God commanded,  ‘a day of rest, a sacred assembly commemorated with trumpet blasts…present an offering made to the Lord by fire’” (Leviticus 23:23-25).

In ancient Israel, Rosh Hashanah was usually celebrated on a new moon. Hence, upon its first citing, spotters around Jerusalem began blowing shofars. And since it was unknown when the new moon would emerge, came the verse:

“Therefore keep watch, because you do not know the day or the hour”(Matthew 25:13). Attributed to Jesus when asked about the timing of His return — likely referring to the Feast of Trumpets. Here is the prophetic Christian perspective:

Jesus, known as the “bridegroom,” returns for his waiting bride, “the church.” The event is characterized by the shofar (trumpet) blown 100 times over a 48-hour period — the last trumpet is the longest and loudest. Twice below, St. Paul describes Jesus returning with the sound of a trumpet:

“Listen, I tell you a mystery: We will not all sleep, but we will all be changed — in a flash, in the twinkling of an eye, at the last trumpet. For the trumpet will sound, the dead will be raised imperishable, and we will be changed” (1 Corinthians 15:52).

“For the Lord himself will come down from heaven, with a loud command, with the voice of the archangel and with the trumpet call of God, and the dead in Christ will rise first” (1 Thessalonians 4:16-18).

And John writes in Revelation:

“…before me was a door standing open in heaven. And the voice I had first heard speaking to me like a trumpet said, “Come up here, and I will show you what must take place after this” (Revelation 4:1).

Rosh Hashanah also commemorates the “creation of Man.” Called the first Jewish High Holiday, it will be celebrated September 25-27.

Known as Yom Kippur, the second High Holiday was established in Leviticus 16. On the Day of Atonement, Aaron, the high priest, was to slaughter a lamb for the sins of the people and sprinkle its blood. Then a second lamb/goat “escaped” — aptly called “the scapegoat” after the sins of the Israelites were transferred to that animal. In Leviticus 23:26-32, God reiterates this “scared assembly.” Read more in Vol. 28.

Christians identified Jesus as the “scapegoat” when He died on the cross taking upon Himself our sins and the sins of the world. The prophetic Christian perspective is:

The Day of Atonement begins seven days after the end of trumpets. This seven-day interval refers to the earth’s seven years of great trial and tribulation culminating with Christ’s return to judge a world that largely has rejected him. The Hebrew Bible book of Daniel references this seven-year period along with the New Testament’s book of Revelation. Read more here.

The Feast of Tabernacles – (Sukkot):

The feast begins five days after the Day of Atonement and lasts for eight days. The prophetic Christian perspective:

Eight days is the number of new beginnings when Jesus establishes his millennial reign, Satan is “bound for 1000 years” and the earth is cleansed of sin and evil. (Revelation 20:1-3).

Question for today:  Should the church recognize the prophetic significance of these fall feasts? Should believers be aware of their prophetic meaning?  With the world in disarray, say, “Maranatha!” — “Come, Lord!”  Amen.

Myra Kahn Adams is a conservative political and religious writer with numerous national credits. Her book, “Bible Study For Those Who Don’t Read The Bible,” reprints the first 56 volumes of this popular study. Myra is also Executive Director of SignFromGod.org, a ministry dedicated to education about the Shroud of Turin. Contact: MyraAdams01@gmail.com  or Twitter @MyraKAdams.

Housing has become less affordable. Here are some proposed solutions
Next Post
Hundreds Of Bodies Uncovered At Mass Burial Site In Ukraine, Some Show ‘Signs Of Torture’ 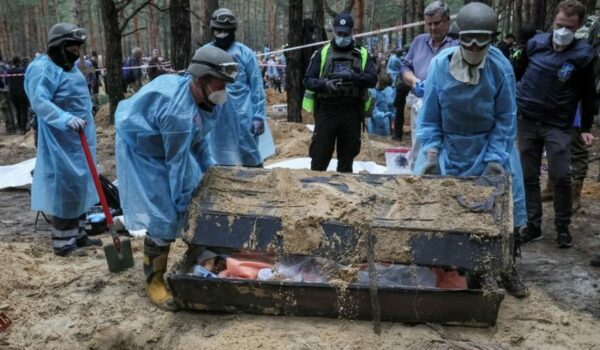