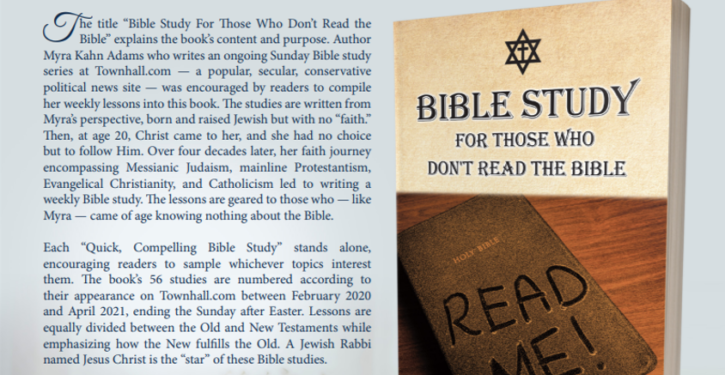 Thanks for joining our study. For weeks now, readers have noticed a “news flash” about Rabbi Jonathan Cahn’s documentary “The Harbingers of Things to Come.” Note that I have promoted his movie with no compensation but believe that Rabbi Cahn’s prophetic, biblically-based messages and God’s dire warnings about our national future are calamitous and valid.

To help us learn, raise awareness, positively react, and respond to the movie’s message, Rabbi Cahn created a study guide based on the Hebrew Bible (Old Testament) verses featured in the film and relevant to God’s warnings. Today, we will examine three of those passages.

But first, if you are unfamiliar with “The Harbinger” — Rabbi Cahn’s first New York Times #1 best-selling book published in 2011 — it is essential to know that the book was classified as fiction. However, The Harbinger is based on real-world events surrounding the attacks of Sept. 11, 2001, and the numerous jaw-dropping connections to that date — historically, politically, and biblically.

Then, in the movie, Rabbi Cahn brilliantly connects America’s destiny to God’s biblical warnings and prophecies during the last days of the Kingdom of Israel before the Neo-Assyrian Empire conquered it in the eighth century B.C. Moreover, similar to ancient Israel, America has fallen away from God. Thus the “harbingers” are real-world signs that God’s judgment has begun. Ultimately, the rabbi’s message is a 911 call for America to repent and return to God.

Our first passage from the movie study guide is recorded in Deuteronomy – the fifth of the Five Books of Moses, also known as the Torah:

A continuing theme of Rabbi Cahn’s is the impending potential destruction of America since God has lifted his “hedge of protection” after we have dislodged Him from our national foundation. That matters because our Declaration of Independence states that America is founded on a principle that we are “endowed by our Creator with certain unalienable Rights, that among these are Life, Liberty and the pursuit of Happiness.”

Our national “Rights” are derived from God — not from a King — which at the time was a revolutionary concept. And for that concept, our newly-birthed nation fought and won independence from Great Britain — then the world’s strongest military power. Notable too is the last sentence of the Declaration:

“And for the support of this Declaration, with a firm reliance on the protection of divine Providence, we mutually pledge to each other our Lives, our Fortunes, and our sacred Honor.”

Our Founders asked for, relied on, and received God’s protection, while Rabbi Cahn’s movie recounts all the reasons why God has withdrawn His “hedge of protection.”

The next study guide passage is from Jeremiah:

“Thus you shall say to him, ‘Thus says the Lord: I am going to break down what I have built, and pluck up what I have planted—that is, the whole land’ ” (Jeremiah 45:4).

The study guide interprets Jeremiah’s verse with a harsh warning: “America’s economic power and prosperity come from God. But if the nation turns against its foundation, then that power and prosperity will crumble.” It is chilling to requote that interpretation when, at this moment, inflation is spiraling out of control, supply chain shortages are commonplace, and the stock market is tanking.

Our last study guide verse, highlighted at the movie’s end, is a profound and familiar passage from 2 Chronicles. “Profound” because of the severe, prolonged drought “covering 44.4% of the United States including Puerto Rico.” And, of course, the catastrophic pandemic continues that has killed a million Americans. In this passage, God restates His power and offers a solution:

“When I shut up the heavens so that there is no rain, or command locusts to devour the land or send a plague among my people, if my people, who are called by my name, will humble themselves and pray and seek my face and turn from their wicked ways, then I will hear from heaven, and I will forgive their sin and will heal their land” (2 Chronicles 7:13-14).

Finally, I asked Rabbi Jonathan Cahn to address Townhall readers about the meaning of his movie. He responded:

“I believe the Lord opened the door for the message to go forth as a movie because the time is late for America.  When I first wrote ‘The Harbinger,’ I knew the mystery wasn’t finished – only beginning.

“Unfortunately, America is following the ancient template of national judgment recorded in Scripture. We’re following the footsteps of ancient Israel in its last days before destruction. We are no longer moving away from God; we’re racing away. We’re seeing events occur that we could hardly have imagined happening in American culture just a few years ago. The mystery has not stopped. And the stage of the mystery we are currently in is even more dangerous.

“There is a purpose ‘The Harbingers of Things to Come’ came out at this moment: To reveal the ancient biblical mystery behind what is now taking place in America. Show what it is all leading to and what God has called us to do in light of it.

“Overall, the movie is a vessel to bring revelation, to sound the alarm to those who know God and to those who don’t, and to give the only hope America has to be saved.

“The feedback we’ve received across the country from the May 12 opening night was that people were blown away. In many theaters, audiences broke out into applause and spontaneous prayer for revival!”

On behalf of Townhall readers, I thank Rabbi Cahn for his message and must-see movie.

Author’s Note: Readers can find all previous volumes of this series here. The first 56 volumes are compiled into the book “Bible Study For Those Who Don’t Read The Bible.”

News Flash: Rabbi Jonathan Cahn asked me to inform Townhall readers about his prophetic movie “The Harbingers of Things to Come.”  Then, across the nation, theaters sold out for the May 12 premiere. Hence, a May 19 show was added. Buy a ticket here. 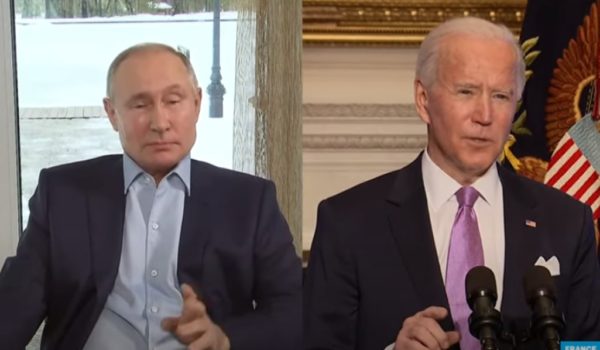