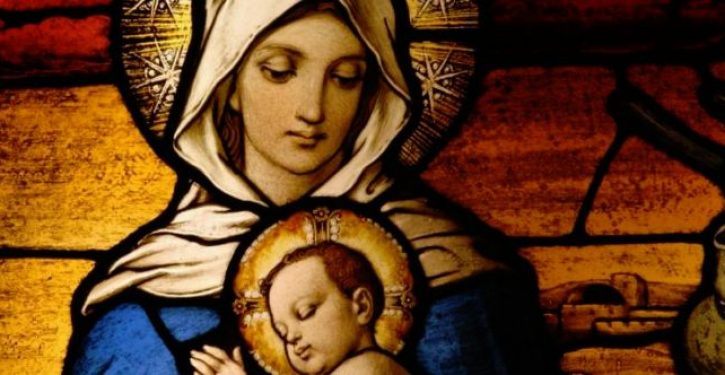 Thanks for joining us on Mother’s Day. Before we discuss relevant Scripture, I will share an uplifting story about the death of my mother, Gloria Cohen Kahn, who passed at age 90. Gloria had no memory of her mother, who died from a botched gallbladder operation when Gloria was two years old.

Fast forward 88 years to the night my mother passed away. About midnight, the nursing home called with the expected news. After calling my sisters, I went to bed. Shortly after, drifting off to sleep, I had a vision but was watching from a distance. First, in what seemed to be real-time, I saw what I knew was my mother but viewed from behind. She was walking, almost floating on air, and wearing a flowing garment.

Second, I noticed an identically dressed woman was waiting on the side. As my mother continued walking, the woman stepped in front and embraced her with the overwhelming love I felt in my vision. Immediately, I knew I was watching my grandmother greet her daughter in heaven.

I told my husband and then retold the story at my mother’s funeral events. Seven years later, every detail is still crystal clear. Thus, I hope you found this to be a comforting Mother’s Day story for readers whose mothers have passed.

And one more quick story about my Jewish mother. Gloria was not religious and admittedly had never read the Old or New Testament. However, about four years before she passed, Gloria became a believer in Jesus, who she called “Yeshua” (his Hebrew name) and would tell me she prayed to Him. But before that, during the Christmas season, when Gloria was in her mid-80s, I said to her that she and Jesus’s mother, Mary had something in common – both were Jewish mothers. Gloria was not only surprised to hear that news but said, “Gee, I thought Mary was a Catholic statue.”

We begin our Mother’s Day Bible study by recognizing the world’s most famous Jewish mother and others that deserve recognition.

Over time, several of my “volumes” have been dedicated to mothers and especially their prayers. Very early in Mary’s miraculous pregnancy, that “most famous Jewish mother” recited a magnificent prayer called “The Magnificat,” discussed in Vol. 19.

The context in Luke’s gospel was when Mary visited her relative Elizabeth — an older woman, also unexpectedly pregnant with a son we call John the Baptist (Vol. 39).  And, from one mother-to-be to another, Elizabeth exclaimed to Mary:

“Blessed are you among women, and blessed is the child you will bear!” And, “Blessed is she who has believed that the Lord would fulfill his promises to her!” (Luke 39-45).

Mary was overjoyed, prompting “The Magnificat” beginning with:

“My soul magnifies the Lord, and my spirit rejoices in God my Savior, for he has looked on the humble estate of his servant. For behold, from now on all generations will call me blessed…” (Luke 1:46-55). (The entire prayer is linked.)

Now, refer back to the Old Testament and our study of Hannah — the mother of Samuel — one of ancient Israel’s most influential Hebrew prophets (Vol. 101). Hannah’s faith story and prayers resonate with women who have trouble conceiving. After giving birth, Hannah’s prayer praising the Lord is considered the forerunner of two New Testament prayers concerning two births that changed humankind — Jesus and John the Baptist. The first is Mary’s Magnificat, and the second is Elizabeth’s husband Zechariah’s prophetic prayer discussed in Vol. 98.

Let’s turn to some early Hebrew Bible references about mothers, starting with the first time “mother” is mentioned:

“Adam named his wife Eve because she would become the mother of all the living” (Genesis 3:20).

Next is a seventh of the Ten Commandments:

“ ‘Honor your father and your mother, that your days may be long in the land that the Lord your God is giving you’ ” (Exodus 20:12).

That commandment was reiterated in the book of Leviticus, which follows Exodus:

“ ‘Each of you must respect your mother and father, and you must observe my Sabbaths. I am the LORD your God’ ” (Leviticus 19:3).

In the book of Deuteronomy, Moses was teaching the Ten Commandments and said: “Learn them and be sure to follow them,” such as:

In the New Testament gospel of Matthew, Jesus twice repeated that commandment:

“ For God said, ‘Honor your father and mother’ and ‘Anyone who curses their father or mother is to be put to death’ ” (Matthew 15:4).

“Honor your father and mother, and, You shall love your neighbor as yourself” (Matthew 19:19).

And St. Paul repeated that Deuteronomy verse when he wrote:

“Children, obey your parents in the Lord, for this is right. ‘Honor your father and mother’—which is the first commandment with a promise—  ‘so that it may go well with you and that you may enjoy long life on the earth’ ” (Ephesians 6:1-3).

“The proverbs of Solomon: A wise son brings joy to his father, but a foolish son brings grief to his mother” (Proverbs 1:10).

Sometimes the following verse is used to compliment or hurt:

Finally, when the mother of Jesus is at the foot of the cross, Jesus, even in His agony, honors his mother and provides for her care:

“When Jesus saw his mother there, and the disciple whom he loved standing nearby, he said to her, ‘Woman, here is your son,’ and to the disciple, ‘Here is your mother.’ From that time on, this disciple took her into his home” (John 19:26-27).

And that is our Mother’s Day lesson; no matter your circumstances, honor your mother because it’s a commandment, not a suggestion.

Author’s Note: Readers can find all previous volumes of this series here. The first 56 volumes are compiled into a book titled “Bible Study For Those Who Don’t Read The Bible.”

News Flash: Rabbi Jonathan Cahn asked me to inform Townhall readers about his prophetic movie “The Harbingers of Things to Come.” Watch the trailer, and you’ll want to buy tickets for the May 12 one-night-only showing at theatres throughout the nation.