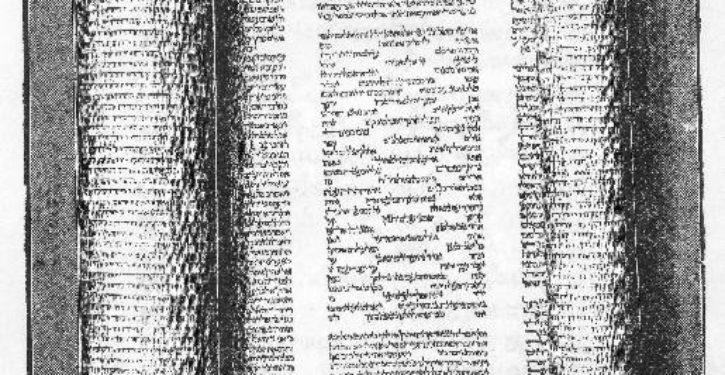 Thanks for joining our study. Today we begin a two-part series on what the Bible says about Satan in the Old Testament (Hebrew Bible) and next week in the New Testament.

First, let’s review the various names attributed to “the being” responsible for introducing evil into the world and who is the personification of evil. Most often, he is called Satan or the Devil. A deceiver whose goal is to separate you from God and trick you into sinning against others, yourself, and by default, the Almighty.

In the commentary “What Are Some of the Different Titles of Satan?” author Don Stewart wrote, “Fifty-two times in Scripture this being is designated as Satan.” And “the Devil” is “one of the most popular names” but “only appears in the New Testament. ” Other biblical names are “The Evil One,” “Tempter,” “Ruler of Demons,” “Deceiver of the Whole World,” “Serpent,” and more here.

The Devil is the “serpent” when we make his acquaintance in the third chapter of Genesis — the first book of the Hebrew Bible. We learn that the serpent has a special skill against which we must always be on guard:

“Now the serpent was more crafty than any of the wild animals the Lord God had made. He said to the woman, “‘Did God really say, ‘You must not eat from any tree in the garden?’ ” (Genesis: 3:1). Yes, God “really” did say that and He was abundantly clear that Adam and Eve could eat from any tree except “the tree of the knowledge of good and evil,” or they would “surely die” (Genesis 2:15-17).

If you are unfamiliar with the Old Testament’s most consequential passages in the Garden of Eden where humankind fell prey to sin  — more commonly called “The Fall of Man” — read it here and here.

Satan’s bag of tricks includes his skill of casting doubt by asking you to question and rethink what you know is good or true. That is how Satan tricked Eve into eating and sharing the forbidden fruit with Adam after the serpent famously told Eve, “You will be like God knowing good and evil” (Genesis 3:1-7). We all must acknowledge that the Evil One prides himself as the master of getting inside your head so you will rationalize behavior that you know is sinful, harmful, hurtful, and wrong. Therefore, protect yourself with the “armor of God” when he targets you. (See Vol. 81.)

The story of how sin entered humanity ends with God punishing humankind because Adam and Eve allowed themselves to be deceived by the serpent. The serpent was also cursed by God, who told him: “You will crawl on your belly, and you will eat dust all the days of your life” (Genesis 3:14 -15).

And so began the epic fight between God and Satan that has continuously impacted human history. However, believers know God rules over Satan, as dramatically illustrated in the following story about Job, who was:

“A man who feared God and shunned evil” and “He was the greatest man among all the people of the east” (Job 1:1-3).

By every metric that measured human success, Job excelled. Hence, Satan suggested to God that the only reason Job’s faith was strong was that God had put a “hedge around him and his household.” Thus, Satan proposed that Job’s faith should be tested, and God agreed in what I consider one of the Bible’s most jaw-dropping conversations. But most important, God placed only one restraint on Satan’s tactic that he could use to test Job’s faith — he must not kill Job.

The lesson here is that God controls Satan. The evil one is under God’s power who can limit and restrain Satan’s action because God is Almighty. Yet, in the world, it often appears that Satan has broken free of God’s restraints, but rest assured, God is always in control.

Next, let’s read about Satan and King David that begins:

“Satan rose up against Israel and incited David to take a census of Israel. So David said to Joab and the commanders of the troops, ‘Go and count the Israelites from Beersheba to Dan. Then report back to me so that I may know how many there are’ ” (1 Chronicles 21:1-22).

General Joab immediately understood that David’s request was a sin against the Lord. Joab pushed back but was overruled by David and followed orders. However, the “king’s command was repulsive to him” (1 Chronicles 21:1-7).

And what was the census sin that Satan “incited” upon David? It was David’s desire to count his people, which meant “Unwarranted glorying in and dependence on human power rather than the Lord,” as noted in my NIV Study Bible. David’s sin represents a classic conflict between God and Satan called “pride.”

We turn now to a vision of the prophet Isaiah, often described as the fall of Satan. In Hebrew, the “morning star” means “Lucifer,” but that name does not appear in the Bible. Correspondingly, in Luke 10:18, Jesus says, “I saw Satan fall like lightning from heaven.” Could Jesus have seen this event? (Yes.):

“How you have fallen from heaven, morning star, son of the dawn! You said in your heart, ‘I will ascend to the heavens… But you are brought down to the realm of the dead, to the depths of the pit” (Isaiah 14:12-15 condensed).

Finally, a vision recorded in Zechariah chapter 3 is part of a lengthy revelation. This vision involved the Lord, Satan, and Joshua, who succeeded Moses as leader of Israel. Joshua was cleansed, and Israel was cleansed and restored as a priestly nation, but only after sin was removed: “The Lord rebuke you, O Satan! The Lord who has chosen Jerusalem rebuke you!” (Zechariah 3:1-2).

Today, we learned that Satan always looks for ways to test and attack humankind. So do not give Satan a foothold — a weakness where he can enter your life. Instead, God wants you to rebuke sin and always depend on His Almighty power. Amen to that!

Author’s Note: All previous volumes of this Bible series are here. The first 56 volumes are compiled into a book titled “Bible Study For Those Who Don’t Read The Bible.”

Myra Kahn Adams is a conservative political and religious writer with numerous national credits. Her book, “Bible Study For Those Who Don’t Read The Bible,” reprints the first 56 volumes of this popular study. Myra is also Executive Director of SignFromGod.org, a ministry dedicated to Shroud of Turin education. SignFromGod was a sponsor of the Museum of the Bible’s opening events for its exhibition about the Shroud of Turin, open through July 31. Contact: [email protected] or Twitter @MyraKAdams. 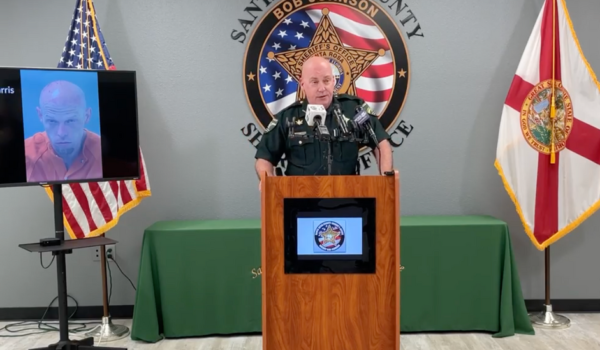