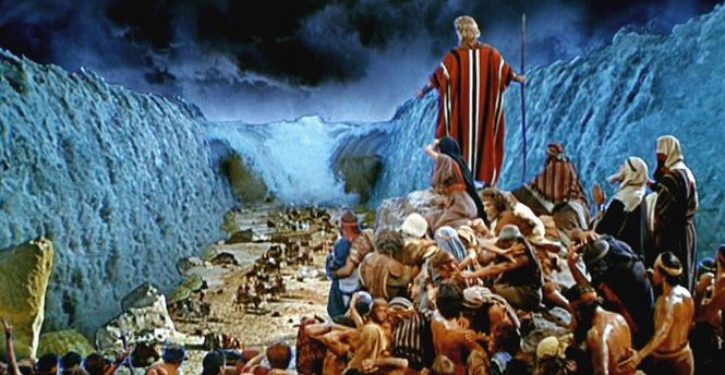 Thanks for joining today’s Hebrew Bible study when God called three men into serving ancient Israel for His glory.

We begin with Moses in Exodus 3 with the miraculous event “Moses and the Burning Bush” that occurred around 1446 B.C. Moses was shepherding his father-in-law’s flock on Horeb mountain when Moses saw a burning bush that was not burning. Paraphrasing:

“God called to him from within the bush, ‘Moses! Moses!’ And Moses said, ‘Here I am’… God said, ‘I am the God of your father, the God of Abraham, the God of Isaac and the God of Jacob.'” Moses “hid his face, because he was afraid to look at God.” “The Lord said, ‘I have indeed seen the misery of my people in Egypt… So I have come down to rescue them from the hand of the Egyptians…into a ‘land flowing with milk and honey.'”

God directs Moses to lead His rescue mission, saying, “‘I am sending you to Pharaoh to bring my people the Israelites out of Egypt.'” However, Moses does not feel up to the task, so he asked God, “Who am I that I should go to Pharaoh and bring the Israelites out of Egypt?” God said, “I will be with you. And this will be the sign to you that it is I who have sent you: When you have brought the people out of Egypt, you will worship God on this mountain.”

That stunning exchange has a New Testament correlation: When Jesus called Himself “I AM,” He infuriated the Jewish leaders. (See Vol. 21.)

Now, fast forward about 376 years to 1070 BC when in 1 Samuel 3, young Samuel was called by God. Recently in Vol. 101, we discussed his mother Hannah, who dedicated Samuel to the Lord before he was conceived. Samuel grew to be a great prophet and judge over Israel. He played a pivotal role in the selection and reign of Israel’s first two kings, Saul and David. God conveyed His will through Samuel, who was the conscience of both kings when they went astray. Below is a paraphrasing of verses when God first spoke to Samuel:

He was still a boy when the Lord told Samuel about many sins committed by Eli, the high priest under whom Samuel served in the temple. Earlier, the Lord lashed out at Eli and asked him, “Why do you scorn my sacrifice and offering that I prescribed for my dwelling? Why do you honor your sons more than me by fattening yourselves on the choice parts of every offering made by my people Israel?” (1 Samuel 2:29).

Both Eli and Samuel lived in the temple, and one night when Samuel was sleeping, he heard a voice. Thinking it was Eli, Samuel said, “Here I am, you called me.” But Eli said, “I did not call; go back and lie down.” That happened three times. “Now Samuel did not yet know the Lord: The word of the Lord had not yet been revealed to him.” Soon, Eli realized the Lord was calling Samuel, so Eli instructed him: “Go and lie down, and if he calls you, say, ‘Speak, Lord, for your servant is listening.’ So Samuel went and lay down in his place.”

“And the Lord said to Samuel: ‘See, I am about to do something in Israel that will make the ears of everyone who hears about it tingle.’” The Lord repeated to Samuel what He told Eli: “I would judge his family forever because of the sin he knew about; his sons blasphemed God, and he failed to restrain them. Therefore I swore to the house of Eli, ‘The guilt of Eli’s house will never be atoned for by sacrifice or offering.’” (Translation: God said to Eli and his sons, “You’re fired!”)

In the morning, Eli asked Samuel what the Lord said to him. Eli accepted what Samuel told him saying, “He is the Lord; let him do what is good in his eyes.” This event established Samuel as a prophet: “The Lord was with Samuel as he grew up, and he let none of Samuel’s words fall to the ground.” And “Samuel’s word came to all Israel” (1 Samuel 3,4:1).

Our final “God calling” story concerns the prophet Isaiah about 739 BC — approximately 331 years after God spoke to Samuel. The passage is known as “Isaiah’s Commission” and appears in Isaiah 6. (See Vol.11 “Mission From God.”)

The angels cleanse Isaiah of his sin by touching his lips with a hot coal. They say to Isaiah, “‘See, this has touched your lips; your guilt is taken away and your sin atoned for.’ Then I heard the voice of the Lord saying, ‘Whom shall I send? And who will go for us?’ And I said, ‘Here am I. Send me!’” (Isaiah 6).

That is a quick summary of today’s lesson: If you love the Lord and want to glorify Him, say, “Here am I. Send me!” (And say it often.) Amen!