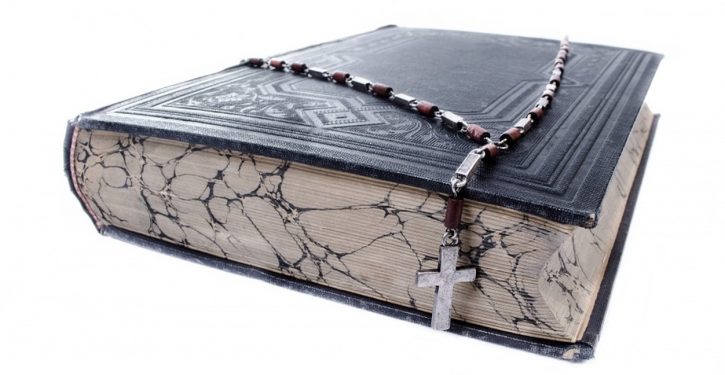 Thanks for joining our study. I write “our” because comments from knowledgeable readers well versed in the Word of God make this a virtual group Bible study extending and enhancing my initial “quick” 1,000 words.

Today is the first Sunday of Lent and the “Lenten season” that began on March 2, with Ash Wednesday — defined as “a season of penance, reflection, and fasting which prepares us for Christ’s Resurrection on Easter Sunday, through which we attain redemption” — according to Catholic.org.

And, since today’s topic explores the biblical significance of the number 40 — count 40 days from Ash Wednesday, and that is April 10 — Palm Sunday. On that day, we commemorate when Jesus entered Jerusalem and received a palm-waving king’s welcome. Yet, five days later, he was crucified on Good Friday and then gloriously resurrected on Easter Sunday.

The seven days from Palm Sunday to Easter is called Holy Week. A good friend calls it “Christian pass week.” That is because media critical of Christians tends to cease out of respect, and Christians are given “a pass.”

I mention Holy Week early in Lent for all the “young Myras” out there. Since I was raised Jewish, I thought Palm Sunday “glorified palm trees,” and Good Friday was a “Friday in spring that was good.” Not a joke and first mentioned my youthful ignorance in Vol. 6.

Now, before we begin exploring the miraculous number 40, here is an Easter season public service announcement:

I ask you to join my crusade against chocolate crosses. Please complain to the store manager if you see an edible crucifix next to the marshmallow eggs in the Easter candy aisle. Express outrage about that disrespectful travesty and request removal. Perhaps atheist candy manufacturers think a milk chocolate cross complements Easter baskets full of yellow marzipan bunnies and pink jellybeans? The thought of eating an instrument of Roman torture upon which our Lord Jesus Christ was nailed is a tasteless abomination. That said, let’s turn to how 40 symbolizes God’s purposeful plan and is mentioned 146 times in Scripture.

Although used in various situations, it often defines a challenging time where an individual, tribe, or entire nation was on trial or about to be tested. While researching, I found the following in-depth, all-encompassing description from the Fathers of Mercy:

“Scripturally speaking ‘40 means something’, as it brings to mind such qualities as repentance, newness, preparation (say, for an important work or task), self-examination, transformation, task fulfillment, escape from bondage or slavery (such as to sin), nourishment and growth (for example, in the spiritual life), and, finally, personal fulfillment, such as with redemption and salvation, and ultimately, new generation and new life.”  That about covers everything.

What follows is a representative sample of Old Testament verses illustrating how God set a time frame for His will to be done. We start with what God said to Noah:

“ ‘ Seven days from now I will send rain on the earth for forty days and forty nights, and I will wipe from the face of the earth every living creature I have made ’ ” (Genesis 7:4).

God told Moses he would receive “tablets of stone with the law and commands.” “Then Moses entered the cloud as he went on up the mountain. And he stayed on the mountain forty days and forty nights” (Exodus 24:18).

God instructed Moses to “ ‘Send some men to explore the land of Canaan, which I am giving to the Israelites. From each ancestral tribe send one of its leaders.’ ” Hence, “At the end of forty days they returned from exploring the land” (Numbers 13:25).

“The Israelites had moved about in the wilderness forty years until all the men who were of military age when they left Egypt had died, since they had not obeyed the Lord. For the Lord had sworn to them that they would not see the land he had solemnly promised their ancestors to give us, a land flowing with milk and honey” (Joshua 5:6).

An angel summoned the prophet Elijah to hear the word of the Lord: “So he [Elijah] got up and ate and drank. Strengthened by that food, he traveled forty days and forty nights until he reached Horeb, the mountain of God” (1 Kings 19:8). The Lord told Elijah that he must continue God’s mission to his people

Jonah and the whale:

Jonah ran away from the Lord, who commanded that he go to Nineveh and warn the people of God’s impending wrath because of their wickedness. While avoiding the Lord’s command, Jonah was famously swallowed by a giant fish (maybe a whale) and spent three days and three nights in its belly. He prayed in desperation until “the fish vomited him onto dry land.” Afterward in Nineveh, Jonah obediently began his mission from God:

“Jonah began by going a day’s journey into the city, proclaiming, “Forty more days and Nineveh will be overthrown.” The Ninevites believed God. A fast was proclaimed, and all of them, from the greatest to the least, put on sackcloth” (Jonah 3:4-5).

“Jesus, full of the Holy Spirit, left the Jordan and was led by the Spirit into the wilderness, where for forty days he was tempted by the devil. He ate nothing during those days, and at the end of them he was hungry” (Luke 4:1-2).

Then for 40 days after His resurrection, Jesus appeared to his disciples and others:

“After his suffering, he presented himself to them and gave many convincing proofs that he was alive. He appeared to them over a period of forty days and spoke about the kingdom of God” (Acts 1:3).

I hope this study has piqued your interest in pursuing further research since there are many more number 40 related Biblical occurrences.

So, why did God choose the number 40? Only He knows. But, I plan on asking if I am ever blessed to come before Him in his Heavenly Kingdom.

Meanwhile, pray for the people and nation of Ukraine. Amen!