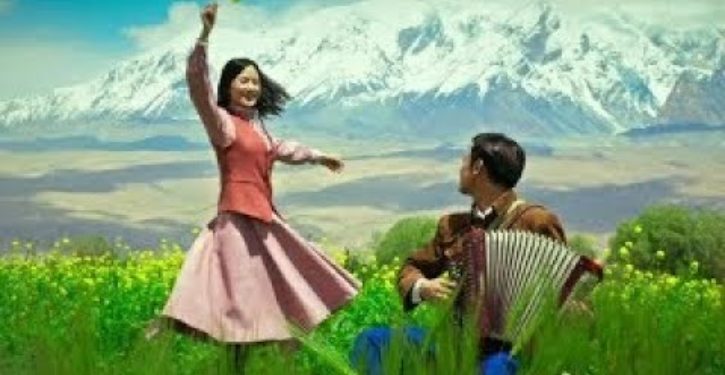 Not The Onion: China produces musical about life of Uyghurs that omits oppression

[Ed. – Can’t be offending the leaders of the unfree world.]

A Chinese filmmaker has announced that his soon-to-be-released film, “Moses on the Plain,” has been renamed “Fire on the Plain,” which was done to avoid offending China’s communist government because of its biblical name.

The film’s director, Zhang Ji, who is also a cinematographer, made the announcement at the Beijing International Film Festival last week, Radio Free Asia reported.

When reporters asked why the name of his film, which is scheduled to be in theaters in December, was changed, Zhang said, “In this movie, we use a lot of fire as an element. I hope that we can use fire to connect different time and space, emotions, and that it can shine into our lives. I hope it can bring everyone brightness and strength.”

When reporters asked whether the name “Moses” was a problem, the filmmaker refused to answer.