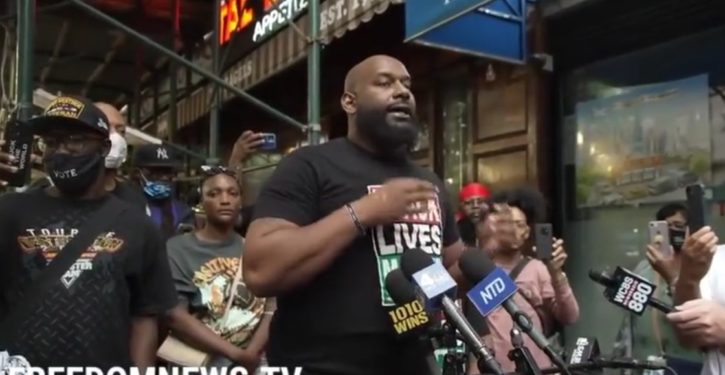 Following an altercation between a Carmine’s restaurant hostess and a group of black patrons, Black Lives Matter of Greater New York and related organizations are calling out the city’s vaccine mandates, saying that they are racist and predominantly affect people of color.

On Monday, protestors gathered outside of Carmine’s restaurant, claiming that the hostess called the three black women that were arrested racial slur, and reportedly accused them of carrying fraudulent vaccination cards, according to the National Review. …

BLM NYC co-founder and chairman Hawk Newsome alleged that Carmine’s was covering up “their employees’ actions by using the vaccination passport as an excuse,” and called for video footage from the restaurant to be released, which he believed would show the hostess as the aggressor.