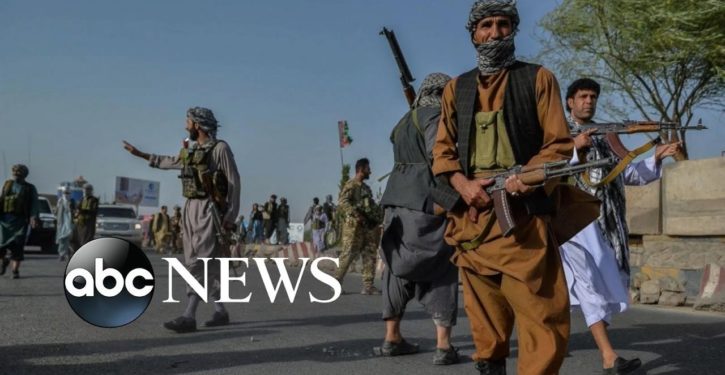 [Ed. – Do they get to bring their rifles to the meeting? Otherwise all bets are off.]

The Taliban appointed an ambassador to represent their government of Afghanistan in the United Nations on Tuesday, asking that world leaders officially recognize the regime.

The current U.N. ambassador for Afghanistan is Ghulam Isaczai, who was appointed by the now-defunct government of Afghanistan supported by the U.S. military. The Taliban sent a letter to U.N. leaders nominating Doha-based Suhail Shaheen as their representative and requested that world leaders allow him to address the assembly, Reuters reported Tuesday.

President Joe Biden’s White House did not immediately respond to a request for comment on whether the U.S. supports the Taliban’s representative or whether the U.S. would allow such an official to travel to the U.N.’s New York headquarters.

Biden has faced heavy and bipartisan criticism for his handling of the U.S. withdrawal from Afghanistan.

Things that are not a solution to any public-policy problem
Next Post
AOC, ‘Squad’ force House Dems to spike $1B for Israel’s Iron Dome from spending bill