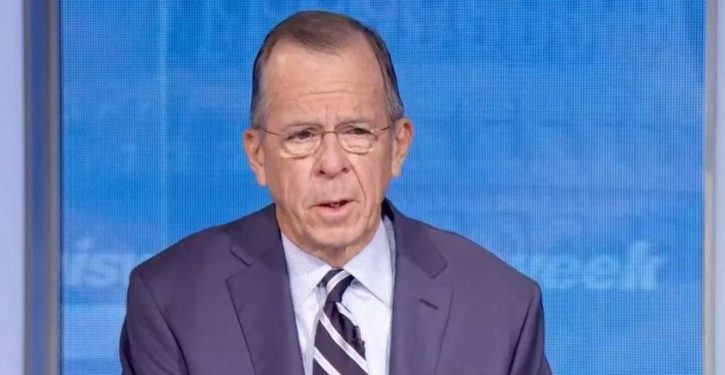 Former Obama Joint Chiefs of Staff Chairman Mike Mullen said Sunday that there needs to be “accountability” for the bungled drone strike in Kabul that left as many as ten civilians dead.

Mullen appeared on ABC’s “This Week” after the head of U.S. Central Command Gen. Kenneth F. McKenzie Jr. announced as many as ten civilians died in the drone strike on Aug. 29 and it is unlikely that any members of ISIS-K were killed, Fox News reported. A Pentagon investigation confirmed that the drone strike killed an innocent family among others, not ISIS-K fighters.

Mullen was asked if there should be accountability for the drone strike. “Absolutely. I think there should. This was obviously an incredibly complex, fast-moving situation. We lost those 13 military members a couple of days before that,” Mullen responded. “There was clear intelligence that additional strikes were on the way. …

Haitians on Texas border undeterred by U.S. plan to expel them
Next Post
Milley deserves praise for standing up to deranged Trump