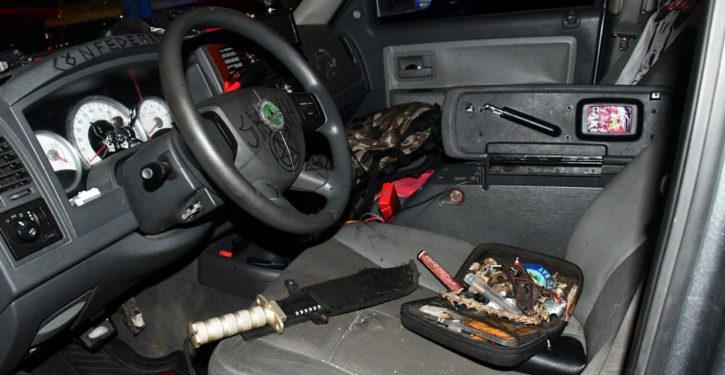 [Ed. – C’mon man.  This stuff is less and less believable with each day that goes by.]

U.S. Capitol Police arrested a man carrying a bayonet and machete in a truck bearing white supremacist symbols near the Democratic National Committee headquarters in Washington on Monday.

Donald Craighead, 44, of Oceanside, California, was arrested for possession of prohibited weapons. Both bayonets and machetes are illegal in Washington, according to police.

Local and federal law enforcement have been preparing for a Sept. 18 rally meant to falsely paint the arrests of members of the pro-Trump mob that stormed the U.S. Capitol as politically motivated. But police said it was unclear why Craighead was in the area, and his father told USA TODAY he did not believe his son was there to attend the demonstration. …

“He’s not a Trump supporter; I don’t think he’s ever hurt anyone,” the father said. 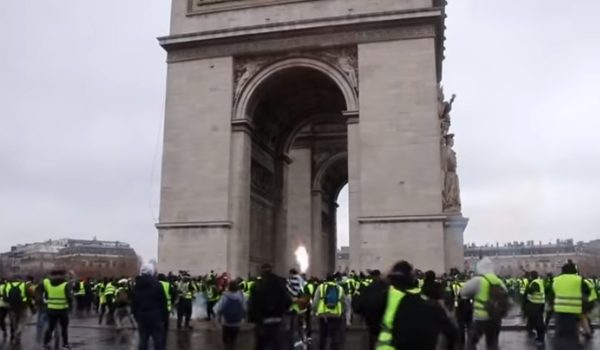 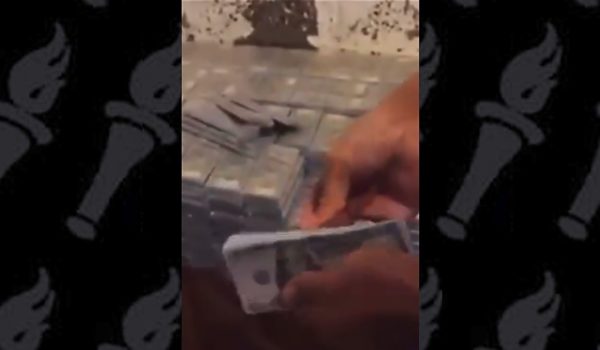