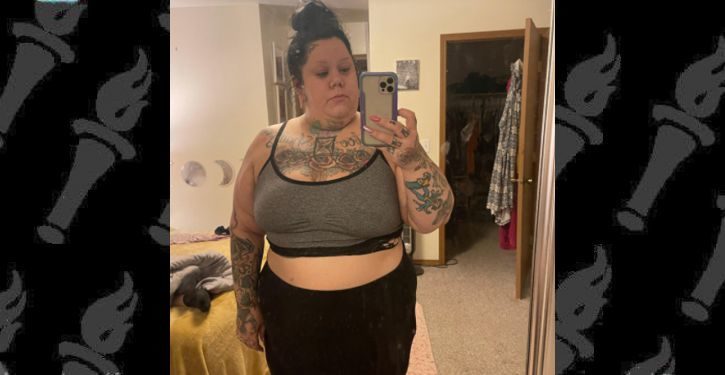 A woman who claims she was booted from a plane because her “stomach was showing” says she was actually discriminated against for being a “fat, tattooed, mixed-race woman.”

Fairbanks, Alaska resident Ray Lin Howard, 33, alleges she was harassed by Alaska Airlines staffers Friday. In turn, she did what people do these days to state her case: She took to TikTok to post a now-viral video.

Originally shared via her “Fat Trophy Wife” account on Friday, the clip has since racked up 1.3 million views and more than 180,000 likes as of Monday morning.

In the footage, Howard can be seen getting escorted off of a flight by police officers who proceed to question her about the incident. She alleges that it all started when Alaska Airlines staff “harassed” her about her attire, which consisted of a midriff-bearing top and biker shorts.

COVID-driven unemployment benefits end today for millions of Americans
Next Post
Warning: The U.S. Constitution may be hazardous to your health