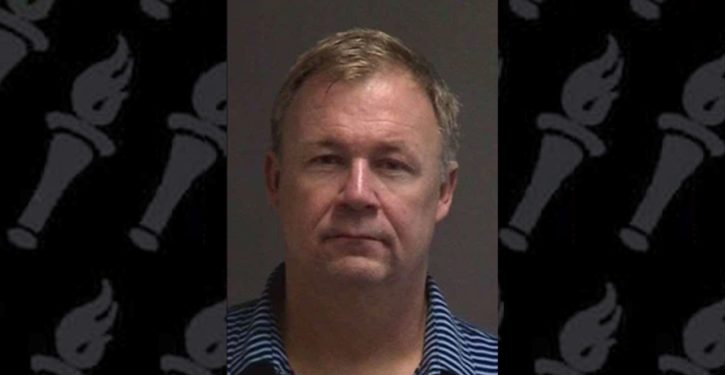 [Ed. – A follow-up to this report from several months ago.  This indictment vindicates Gaetz, who said at the time that his father, Don, had been approached with an extortion proposal.  Do read the earlier article at the link for a summary of the extraordinary number of Spygate figures who are part of this story’s background. DOJ has yet to find anything to indict Matt Gaetz on, in spite of a long string of breathless rumors retailed by the mainstream media.  Recall, meanwhile, that Matt Gaetz’s own accuser pleaded in May to a charge of falsely alleging sexual misconduct against someone else – so that’s the quality of evidence we’re talking about as regards the investigation of Gaetz.]

A man accused by Rep. Matt Gaetz (R-Fla.) of taking part in a conspiracy to extort $25 million from his family by promising to make a federal sex crimes investigation involving the congressman go away was arrested Tuesday after being hit with federal charges.

Stephen Alford, 62, of Fort Walton Beach, Fla., was indicted on one count of wire fraud and one count of attempting to prevent the seizure of an electronic device. He faces up to 25 years in prison if convicted. …

Investigators say that in March of this year, Alford crafted a document titled “Project Homecoming” for an unidentified co-conspirator to discuss with a person identified only in the indictment as “D.G.” …

The “Project Homecoming” document, a copy of which was obtained by The Washington Examiner in March, claimed the $25 million would be used to secure the release of Robert Levinson, a former FBI agent who disappeared in 2007 while on an unauthorized CIA mission in Iran.