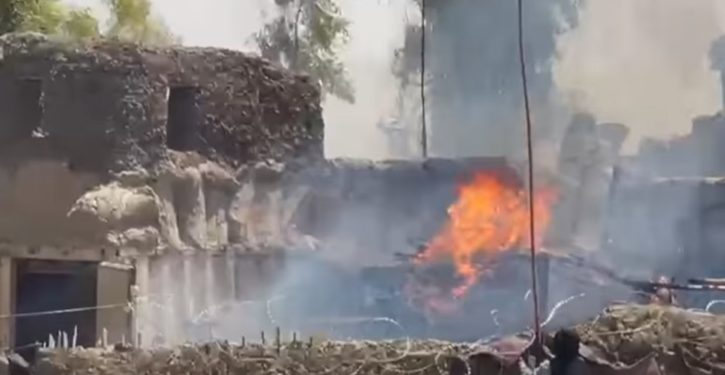 [Ed. – Anyone else getting the sense that Biden’s ‘rational, logical, and right’ decision to withdraw from Afghanistan in this manner is fueling a new all-out war in that regiono?]

Rocket fire apparently targeting Kabul’s international airport struck a nearby neighborhood on Monday, the eve of the deadline for American troops to withdraw from the country’s longest war after the Taliban takeover of Afghanistan. It wasn’t immediately clear if anyone was hurt.

The rockets did not halt the steady stream of U.S. military C-17 cargo jets taking off and landing at Hamid Karzai International Airport in the Afghan capital. No group immediately claimed responsibility for the attack. Last week, the Islamic State group launched a devastating suicide bombing at one of the airport gates that killed at least 169 Afghans and 13 U.S. service members.

The airport has been a scene of chaos in the two weeks since the Taliban blitz across Afghanistan took control of the country, nearly 20 years after the initial U.S. invasion that followed the Sept. 11 terrorist attacks.

Trump’s SCOTUS just showed why court-packing necessary to save U.S. democracy
Next Post
Jake Sullivan says Biden ‘will stop at nothing’ to avenge deaths of troops. Just one problem 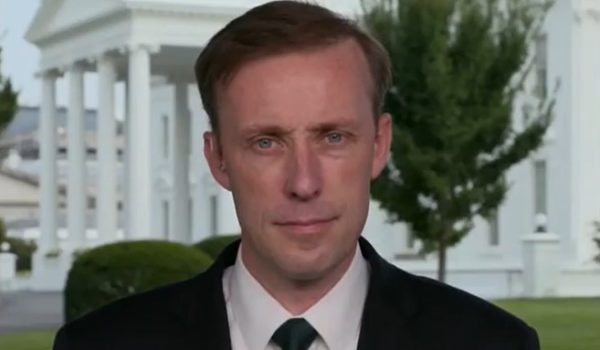