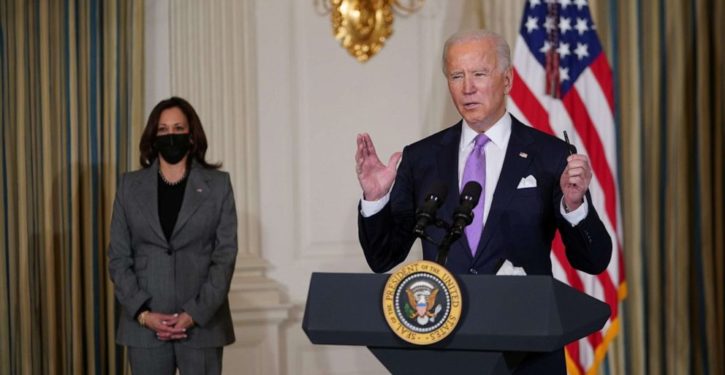 [Ed. – ABT (Anyone but Trump) should have included the obvious caveat, which the Democrats expressed themselves ‘Except Biden.’]

We hear an enormous amount these days about the problem of “Flight 93-ism” on the American right, but a great deal less about the concomitant panic that has led the Democratic Party to behave as if last year’s election represented its last gasp. Since Joe Biden took office in January, his party has been busy cramming everything it has ever wanted to do into a series of multi-trillion-dollar, must-pass bills. … If you ask for an explanation of this preposterous behavior, you will be told that it is the product of the Republican Party’s dastardly scheme to implement Jim Eagle. If you look more closely, however, you’ll sense something else: fear — that, in a desperate attempt to remove President Trump from office, the Democrats tailored themselves a straitjacket from which they will struggle mightily to escape.