[Ed. – Let’s hope that one of Joe Biden’s many reactions to the growing nightmare — it’s somebody else’s problem — doesn’t come back to haunt us all on Sept. 11.]

The Taliban are going house-to-house searching for opponents and their families, according to an intelligence document for the UN that deepened fears Friday Afghanistan’s new rulers were reneging on pledges of tolerance.

After routing government forces and taking over Kabul on Sunday to end two decades of war, the hardline Islamist movement’s leaders have repeatedly vowed a complete amnesty as part of a well-crafted PR blitz.

Women have also been assured their rights will be respected, and that the Taliban will be “positively different” from their brutal 1996-2001 rule.

But with thousands of people still trying to flee the capital aboard evacuation flights, the report for the United Nations confirmed the fears of many.

The Taliban have been conducting “targeted door-to-door visits” of people who worked with US and NATO forces, according to a confidential document by the UN’s threat assessment consultants seen by AFP. 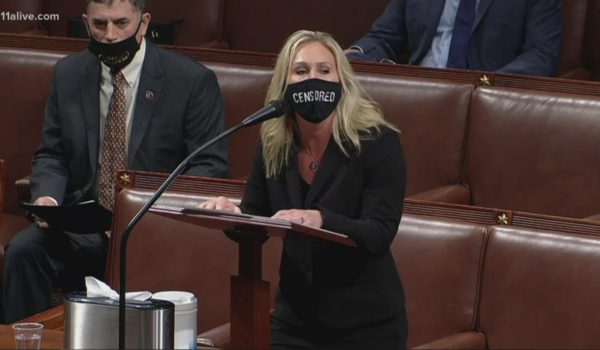 Marjorie Taylor Greene calls Biden ‘a piece of sh*t’ over Afghanistan
Next Post
Afghanistan’s crisis underscores the U.S.’s shifting place in the world