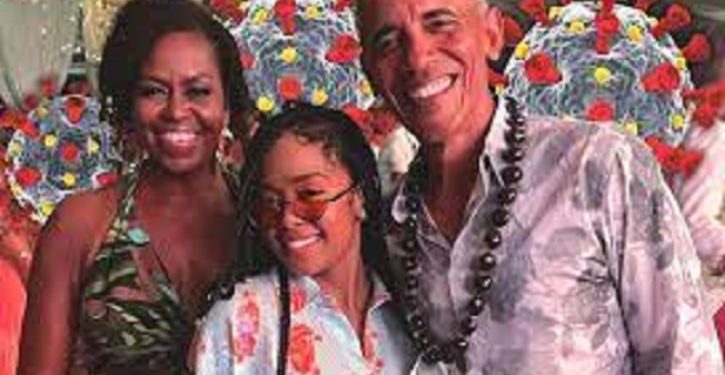 Former president Barack Obama shrugged off the concerns of scientific experts by throwing himself a massive 60th birthday party at his $17.5 million estate on Martha’s Vineyard this past weekend.

As usual, the scientific experts were correct: The star-studded affair was a confirmed “super spreader” event, putting countless lives at risk and further cementing Obama’s reputation as a narcissistic war criminal.

According to data compiled by the New York Times, COVID-19 infections in Dukes County, Mass., which contains Martha’s Vineyard, have spiked in the days since Obama’s selfish display of clout. Cases have increased 1,829 percent over the last two weeks, while hospitalizations have jumped 157 percent.

As the Washington Free Beacon previously reported, Martha’s Vineyard and other vacation locales frequented by the Liberal Élite have become COVID-19 hotspots. Celebs, journalists, and other left-wing activists have been driving the national infection rate higher, putting countless lives at risk.