[Ed. – If Politico is right — that “Never in history has a former president banked nine figures’ worth of donations to power a political operation” — that means Trump has raised even more than Obama’s Organizing for America effort did after January 2017.  Obama had the key advantages of huge-pocket donors in the Democracy Alliance, and unfettered access to social media.  Trump doesn’t.]

Former President Donald Trump’s political committees raised $82 million during the first half of 2021 and have $102 million in the bank, according to federal filings to be made public Saturday evening.

The figures, shared first with POLITICO, underscore the profound reach of Trump’s fundraising power. While the former president is out of office and has been deplatformed on social media sites, he maintains a massive online donor network that he could lean on should he wage a 2024 comeback bid.

The former president’s fundraising was spread across three committees: Save America, a leadership PAC he launched shortly after losing the 2020 election; Make America Great Again PAC, his old campaign account which was converted into a PAC this year; and a joint fundraising outfit that sends its funds to the other two groups. …

There is one notable restriction: The leadership PAC funds cannot be used to finance a presidential campaign. 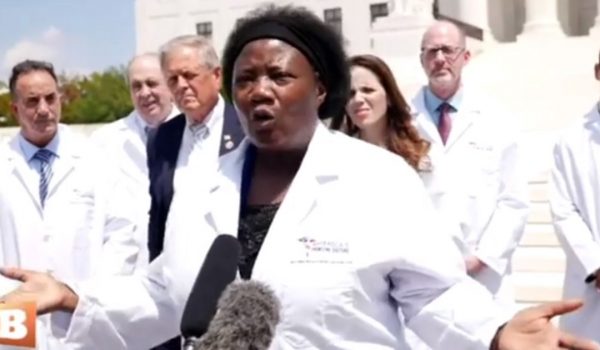 Dr. Stella Immanuel, HCQ advocate, sues CNN, Anderson Cooper for $100m
Next Post
The most obvious question about the FBI and the Whitmer kidnapping plot