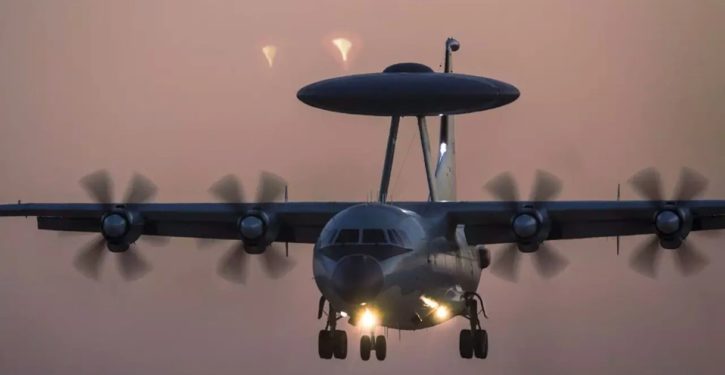 [Ed. – The images are said to be from a former U.S. Naval Intelligence officer now working for Johns Hopkins Applied Physics Laboratory.  The suggestion is that these are not mere short-term deployments of fighters or bombers from the mainland, but more of a routine presence.  The KJ-500 is especially noteworthy: it’s not clear exactly what the advantage is of having it on Mischief or Subi Reef.  It would be further south at takeoff than it would be on Hainan or Woody Island, but I wonder if it’s more about using the radome from sea level.  The KJ-500 is less survivable deployed to a Spratly atoll.  China’s routine scope of occupying presence on the islands has been boosted significantly in 2021.]

The images were obtained from former Navy intelligence officer J. Michael Dahm of Johns Hopkins University Applied Physics Laboratory (APL), who told the newspaper, “The most significant change in military posture in 2021 is the appearance of Chinese special mission aircraft and helicopters at Subi and Mischief Reefs, indicating the PLA may have commenced routine air operations from those airfields.”

The PLA, an acronym for the Chinese People’s Liberation Army, reportedly occupied Mischief Reef in the Spratly Islands in May and June, and the Subi Reef in June and July.