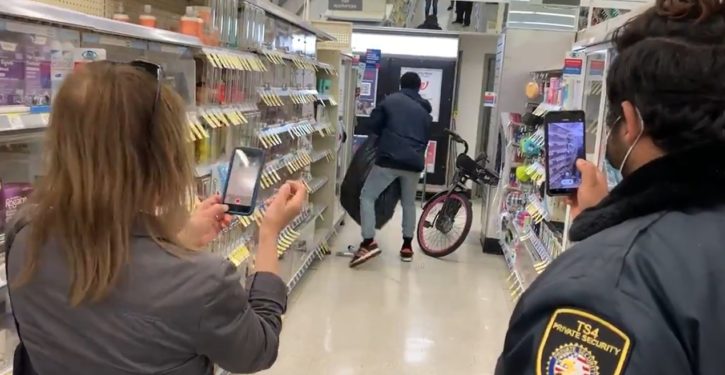 [Ed. – For every action there is an equal and opposite reaction.]

Target … executives said they will begin closing all six of their San Francisco stores earlier than normal because of the city’s rampant crime, particularly shoplifting and thefts.

The company said there has been such an alarming rise in crime at their San Francisco stores that they will reduce nighttime hours. Target also added that San Francisco is the only city in the country where its stores’ early closing times will take effect.

Target employees, store managers and newly hired security guards in San Francisco said there is a highly organized criminal operation that is targeting the retail giant. Armed guards, metal detectors and buzzers are all added security features at those locations, KGO-TV reported Friday.

“This window was installed like two to three months ago because it was not safe. Sometimes they would break that glass of the door,” Target store manager Bobby Singh told the local TV station.