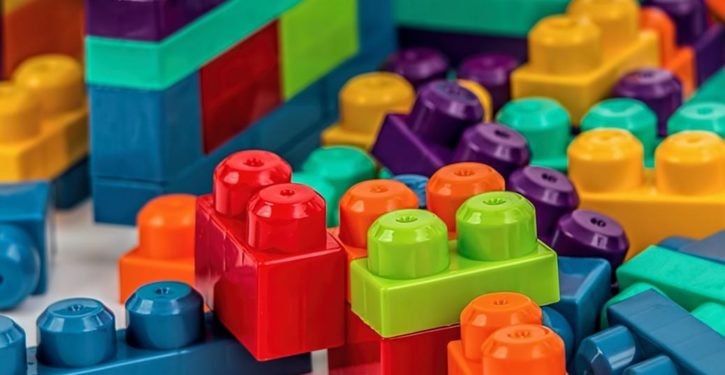 [Ed. – At least this guy is indicted for reasons other than his possession of a completed U.S. Capitol building in Lego bricks.  I’d love to be present in the courtroom when the prosecutor introduces into evidence the smoking gun: a Lego model.]

Along with a notebook containing step-by-step instructions on how to create a “hometown militia,” FBI agents seized a “fully constructed U.S. Capitol Lego set” from the Pennsylvania man indicted last month for his alleged leadership role in the January 6 insurrection, according to court records.

Prosecutors charge that Robert Morss, 27, directed fellow rioters during “one of the most intense and prolonged clashes” with law enforcement officers who were seeking to prevent a violent mob from entering the Capitol through doors on the Lower West Terrace. …

Morss, wearing tactical gear and a “Make America Great Again” hat, allegedly ripped a riot shield from the hands of a Metropolitan Police Department officer and later organized a “shield wall” that was used to “crush officers in the rioters’ path.”

The funniest eight words ever spoken: ‘I give you my word as a Biden’
Next Post
Biden entertains Series champ Dodgers with his own baseball-heroics story