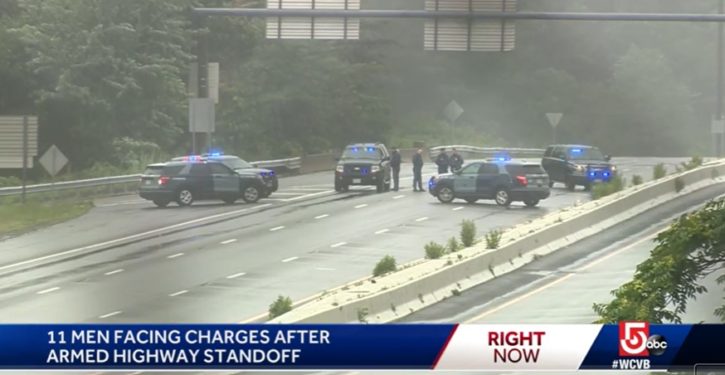 Massachusetts state police said 11 people who were arrested following an hours-long armed standoff that partially shut down Interstate 95 on Saturday claimed membership of the group Rise of the Moors, which police said calls itself a militia and follows “sovereign citizens” ideology.

The Southern Poverty Law Center, which monitors extremist groups in the US, says the Moorish sovereign citizen movement is a collection of independent organizations and individuals that emerged in the 1990s as an offshoot of the antigovernment sovereign citizens’ movement.

People in the movement believe individual citizens hold sovereignty over, and are independent of, federal and state governments.

One of the people arrested in Massachusetts was a male juvenile and two others refused to give their names, police said.