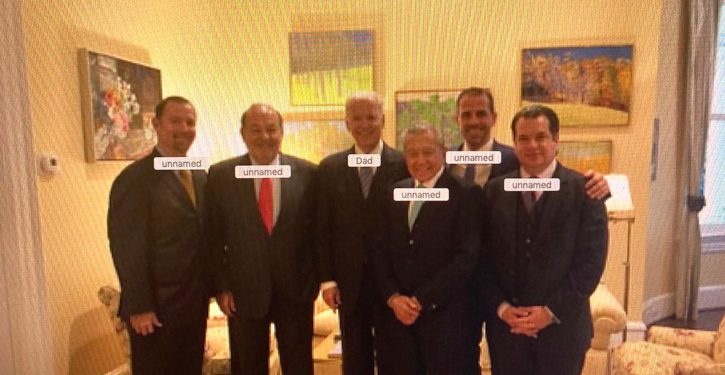 [Ed. – It will be interesting to see Joe Biden’s response to questions this time.]

Images obtained by Fox News on Thursday cast new doubts on President Biden’s adamant claims during the 2020 presidential campaign that he never discussed overseas business dealings with his son Hunter.

One of the pictures appears to show Biden next to Mexican billionaire Carlos Slim with Hunter off to the side. Two other executives are in the frame along with Hunter’s associates.

The New York Post, which first reported on the photos, said Hunter and his associates were working at the time on energy deals in Latin America and Mexico.

The photos obtained by Fox News were from Hunter’s laptop and provided by Robert Costello, an attorney for Rudy Giuliani. A time stamp indicates that the pictures were taken on Nov. 19, 2015.

The time stamp also coincides with a scheduled 8:30 a.m. “Breakfast with Dad – NAVOBS,” according to an email from the hard drive. …