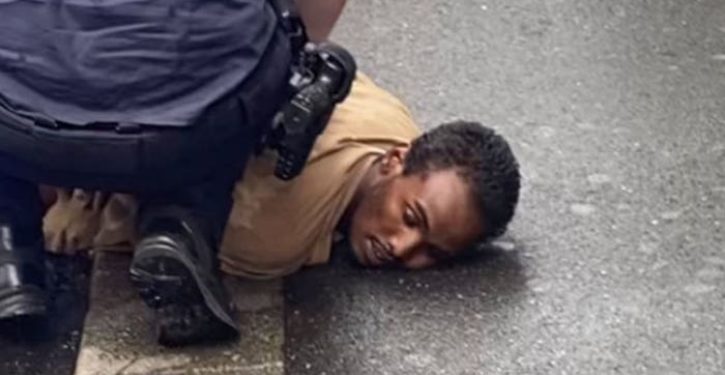 [Ed. – Confiscating guns would not prevent crimes like this. Neither would refusing to recognize the dangers of militant Islamism.]

The Somali Jibril A. is said to have stabbed people unknown to him on Friday afternoon in downtown Würzburg for no reason. Three died and several were injured. So far it is unclear whether the previously mentally suspicious man acted for Islamist motives and / or was confused during the bloody act.

In the knife attack in Würzburg, three people were killed in a department store. …

The 24-year-old man took a larger knife from the shelf in a department store in Würzburg and stabbed three women. He is said to have shouted “Allahu akbar”, “God is greater”. On the street, Jibril A. continued the attack and injured passers-by, five of them seriously. Several eyewitnesses tried to stop the Somali, and at least one chair flew in his direction. The police then stopped Jibril A. with a shot in the leg and arrested him.